Wendy Wharton had three children and not a great amount in her bank account to feed them. She worked part-time in a beauty salon. To get a few extra pennies she painted brightly coloured pictures of Mediterranean houses that had window boxes of geraniums. She had a small stall at the market on Saturdays. Her little works of art, usually painted on slabs of wood, were quite popular. Each cost five dollars. At one stage she increased the price and sales slumped, so she went back to selling them for five dollars each.

Wendy’s great moment of glory came when the internationally renowned film star and model, the incomparable Magdalene Cullum, was about to pass by Wendy’s stall. Magdalene paused. She stopped. She purchased the five dollar work of art! It was a small painting of a house near the sea with a little sailing boat skimming in the sunshine. Wendy was rather fond of it herself. “Thank you. I hope it enjoys its new home,” said Wendy.

Several years later the same little painting appeared for sale online. It sold for over five thousand. Of course its value rested on the fact that it had been pre-loved by the internationally renowned film star and model, the incomparable Magdalene Cullum. Who wouldn’t want something, no matter how insignificant, once owned by Magdalene? Everything Magdalene touched turned to gold.

You can get a similar painting for five dollars down at the market on Saturdays. But it hasn’t been touched by a film star.

But the ravishing, rich film star had her way. Ten months later, when the marriage collapsed in a heap of rubble, the plumber (whose name was Jack) got the car, the boat, and quarter of the cash.

It was the plumber’s fourth marriage. 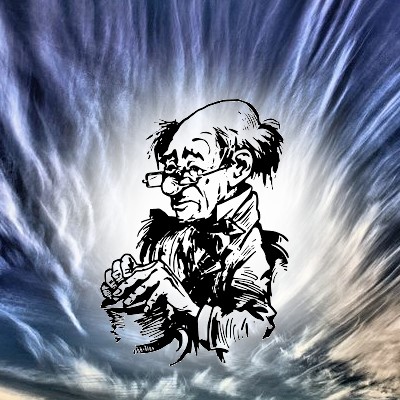 The legendary film star, Fortescue Langworthy, has died aged 97. What an icon!

The family have asked for privacy at this sad time.

The cause of death is unknown.

Imelda was adamant. She reckoned that instant coffee tasted ten times better if the kettle was switched off just before boiling. “One degree under boiling, and the coffee tastes best,” she said.

Bradford, the husband of Imelda, disagreed. “Water that’s had the living daylights boiled out of it tastes best,” he said.

Anyway, they got a divorce over irreconcilable differences. The three kids – Guava, Banana, and Ugli Fruit – were farmed out, and Imelda and Bradford got on with their movie careers.

Melinda and Gerard were walking along the street with their Mum and Dad. Suddenly Dad stopped walking, just before they reached a café that sprawled out on the street.

“Which one? Which one?” said Melinda excitedly, and before you could blink Melinda was standing at the film star’s table.

“Hello,” said Claudine kindly. “What is your name?”

“My name is Melinda, and this is my doll called Cindy.”

“Do you have any other dolls?” asked the film star.

“No,” said Melinda, divulging more family secrets than she need. “We don’t have much money, so I have only one doll.”

Several days later a parcel arrived in the mail for Melinda. It was from the famous film star, Claudine.