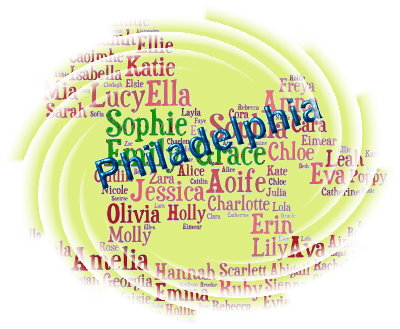 There was a time when Philadelphia rather liked her name. It was a bit different and she was the only Philadelphia in her class. Things began to change at high school. She won a book for essay writing and the inside of the cover was inscribed with a misspelling. It said “Congratulations Philadelfia”. Philadelphia was disappointed. It took all the joy out of having won the prize.

“I shall change my name to Phyllis,” declared Phyllis. That worked very well until her Chemistry teacher wrote her name as “Fillus”. Phyllis was starting to get annoyed.

“Use you middle name,” suggested her mother.

And that is why Philadelphia Mary Smith to this day is known simply as Merry.