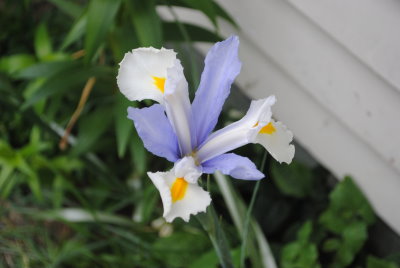 It was possibly the most exciting thing that had happened to Clarence in a long time. It had been a terrible year; a terrible, terrible year. And now this happened! How wonderful!

In January his wife had died after a long and painful illness. He had nursed her over the weeks. It had brought him to the edge of life. The only thing that kept him going was the thought that if he went there would be no one left to care for his wife. Their only child, a daughter, had long disappeared overseas in pursuit of an alternative lifestyle.

It’s amazing how sometimes lifelong friends abandon you in times of need. Only a few came to her funeral. Friends over the years had drifted away during his wife’s illness and proved themselves no friends at all. That hurt Clarence more than anything. In fact he had trouble drumming up enough pallbearers to carry the coffin.

Clarence thought that the only solace would be in his garden, but that had gone to wilderness during his wife’s illness. Somehow, after the funeral, the heart had gone out of the garden. Clarence tried to tidy it up a bit but he didn’t make much progress. And then he entered a competition for a free garden makeover. There were a number of conditions; the garden had to be substantial in size; the owner had to go away (all expenses paid) for a whole week while the garden got its makeover; the owner had to trust the garden designer’s ability to come up with a creative concept. Clarence thought he fulfilled all the conditions.

The phone went. It was the television company. They were to record the makeover. Clarence’s garden was on the shortlist. Would he mind the television cameras coming to film the garden before anything was done?

Next, a garden designer visited in person. She interviewed Clarence. What would Clarence like to see in the garden? Did he want a water feature? A patio/barbecue area? Trees to block out not the sun but the neighbour’s prying eyes?

Clarence said he’d like to be surprised. They could do with the garden whatever was creative, whatever would make it lovely. He had just the one request; his late wife’s name was Iris. Would it be possible to have a garden bed of irises in her memory? Of course it was! What a fantastic idea!

Anyway, Clarence’s garden wasn’t selected in the final choice, so none of the above mattered.