I’ve been lying on my back in this coffin for three days now. I hate lying on my back. The coffin’s in a spare room at my sister’s house. Can’t feel a thing of course but I can still see and hear. My sister keeps “coming for a look”. She’s forever shutting my eyes. Last thing I heard her say was, “He keeps opening his eyes. It’s so grotesque having a dead person stare back at you.” Little does she know.

I dare say soon they’ll be putting the lid on permanently. That’ll be a relief. I’m tired of people “coming for a look”. Just yesterday my old Aunt Madge called in and said while peering into the coffin, “He never did much with his life, did he?” To which Uncle Vernon added, “In some ways it’s a mercy he’s dead. Can’t wait to get my hands on all that money though.”

Just an hour or so ago, I heard Milly Blinkers (she’s a cousin – or was) say, “They reckon he had so much money he didn’t know what to do with it. I suppose he didn’t leave a will?” She’s always been money-grabbing, that Milly cousin. Well, for the record I did leave a will, and Milly’s not getting a penny. I was dying to say that out loud to her, but corpses can’t breathe or move so that put an end to that.

I have no idea why my accountant needed to call in before the funeral. He had a look at me and said to my sister, “We’ll talk things over in the next room.” I dare say he was hoping to get a sizeable chunk of my savings. As my late mother used to say, “It never takes long for the vultures to come out of the woodwork.” She was always mixing her metaphors – my mother.

Here they come now to put the lid on. They’re all giving the undertaker a hand. Oh such a tearful moment! That’ll be all from me for now – in fact, forever. It’s a shame I don’t have a few minutes more. I’d die wanting to hear their reaction when they discover there’s not a penny in my bank account.

It wasn’t until she died that rumours started that possibly she had more than she led people to believe. She lived in a small fairly run-down house which she said in her will was to be sold, and what was left after funeral expenses should go to the Prevention of Cruelty to Cats Society. For the rest, it wasn’t much – not that she had much of a family anyway; just four or five grown-up nieces and nephews. Most each got what amounted to little more than an old piece of furniture or a domestic knick-knack.

Peter was left a dilapidated old writing desk. It was small, scratched, and ugly. In fact, he had nowhere to put it and no use for it. He dropped it off at the Salvation Army’s second-hand store on the way home. They could get a buck or two for it.

Freda was left a little music box that no longer worked. It had a glass ballerina on top that was meant to go around and around in time to the tinkling music. The container was much too big for jewellery. In fact it was a bit of a monstrosity. Dear Old Aunt Natalia! But… goodness! The broken music box was good only for the trash, which is where it ended up.

Darren was left Aunt Natalia’s old pieces of luggage; two battered suitcases. Not only were they empty, but they were extremely cumbersome and heavy. They were deceptively big for the relatively small amount they could hold. Just too, too old-fashion. He chucked them away.

Bryan got nothing other than a mention in the will. In fact the will stated that “Bryan gets a thousand dollars for every time he’s visited or asked after me in the last fifteen years – that is, absolutely zilch.”

Wendy got an old armchair. She actually did take it home. It was the right size for her dog. The dog’s bed was old and worn. This armchair wasn’t much better but it was free and suited the purpose.

So much for Aunt Natalia’s generosity! Yes, she kept her finances well-hidden because there was little to nothing to hide. The nieces and nephews weren’t particularly sad about her passing, although Wendy did say that “Aunt Natalia wasn’t a bad old stick”.

And then Natalia’s dog scratched a tear in the armchair’s upholstery. 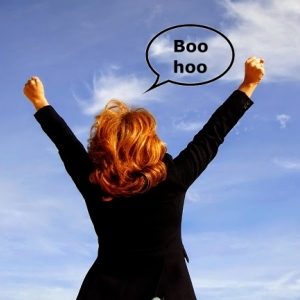 Vvivia’s parents had been rather creative when naming their daughter, and when she was all grown-up it was clear that Vvivia had inherited a great deal of their creativity.

Vvivia was widowed when rather young, and her departed spouse, who had been a lot older, left her a considerable sum. It was not long before Vvivia recovered and remarried. Again she married an older widower. His name was George Stenton.

The first thing George did was to rewrite his will, leaving all to his new wife. A few months after the wedding Vvivia left George; a no good husband; absolutely no good; not what she was expecting. George rewrote his will again, leaving everything to his sons and daughters from his first marriage.

Not long after, George died. There had, according to Vvivia, been a reconciliation.

I, Vvivia Stenton, swear that since the death of my husband, George Stenton, I have had access to his papers and repositories and I have searched diligently therein for any will or testamentary writing made or signed by the said deceased and that I have been unable to find any such will or testamentary writing. I do verily believe that the said deceased died intestate and that I am his widow.

Vvivia went on to marry again, in fact, several times. She was able to comfortably retire from pursuing her hobby by the age of thirty-seven.