Some of the parents with more liberated ideas were furious with their children’s school policy.  Halloween and Thanksgiving were fast approaching and the school had organized a Pumpkin Festival. In reality it was a pumpkin competition; whoever grew the biggest pumpkin would win a pair of rather expensive snow boots.

Now Joseph had seen Nigel’s pumpkin. It was huge. There was no beating it. Joseph’s pumpkin was big but not as big as Nigel’s. Joseph’s parents concurred with his decision; he would call himself Josephine, tie the hair into a ponytail, and change a pronoun or two. Having done that he entered his hefty pumpkin into the girls’ section of the competition.

The girls were horrified. Maizie declared that her pumpkin was big but nowhere near as big as Josephine’s. “I would win the snow boots if that horrid boy hadn’t turned into a girl,” said Maizie.

The judges agreed with Maizie. Nigel won the boys’ section and Maizie won the girls’ section. Josephine was disqualified. It was grossly unfair.

“It was like a kick in the balls,” said Josephine.

Valerie was in charge. She’d been in charge all her life; in charge of everything. Now she had been promoted (at last! at last!) to become the Director of the Diversity and Inclusion Task Force at the University’s Department of Human Evolutionary Biology. At last she could demand real science from the lecturers. None of this namby-pamby nonsense of there being only two sexes. If multiple sexes were good enough for mushrooms it was good enough for humans. Had not fungi and humans evolved together on the same planet? If one wakes in the morning and feels like a marsupial then one is a marsupial.

We must rid ourselves of white, middle class, male, deeply-entrenched European concepts of science. When did we last teach the profound science of the Yoyontze Tribe? They could tell the time of year from the singing of birds. The weather was forecast in the flowering of the sontigaga vine. Warfare between villages was necessary to prevent the gene pool from getting too restricted. The science went on and on. And on. Butterflies are to be admired, not dissected. Oh look! There’s one now!

Yes, Valerie was in charge. She had expelled from the university’s teaching staff all who could not follow the science. After all, that’s what the Diversity and Inclusion Task Force was for. There are even rumours that Valerie is going to be nominated by the President to be the Director of the National Institute of Allergy and Infectious Diseases – once the current holder kicks the bucket.

Carlos Devon was the school sprints champion. In fact he held all the school records for running except for the mile. The school had been keeping sports records for over ninety years, so he always got excited when he walked past the big wooden board in the corridor that had the names of the record holders over the years printed in gold lettering.

And then it happened; a new boy, Cedric McCluskey, arrived. All of Carlos’ records were smashed; and Cedric also got the record for doing the mile. Carlos was decimated.

Not to worry. Carla always gets excited when she walks past the big wooden board in the corridor that had the names of the record holders over the years printed in gold lettering.

Beryl was excited. She had won a scholarship to a prestigious university.
“All my hard work paid off,” said Beryl. “This is unbelievably exciting! Thank you!”
“Oh no,” said the university. “You got the scholarship because you are Black.”

Earle was excited. He had won a scholarship to a prestigious university.
“All my hard work paid off,” said Earl. “This is unbelievably exciting! Thank you!”
“Oh no,” said the university. “You got the scholarship because you are in a wheelchair.”

Fay was excited. Fay had won a scholarship to a prestigious university.
“All my hard work paid off,” said Fay. “This is unbelievably exciting! Thank you!”
“Oh no,” said the university. “You got the scholarship because you are transgender.”

Craig was excited. He had won a scholarship to a prestigious university.
“All my hard work paid off,” said Craig. “This is unbelievably exciting! Thank you!”
“Oh no,” said the university. “You got the scholarship because you are White. We had to show we weren’t biased.”

(Footnote: Unlike the scholarship recipients in the story above I have had the thrill of having won first place in Chel Owens’ A Mused Poetry Contest. It’s well worth a look at this contest if you don’t already follow it. And it’s fun, free, and easy to enter! You should think about giving it a go!) 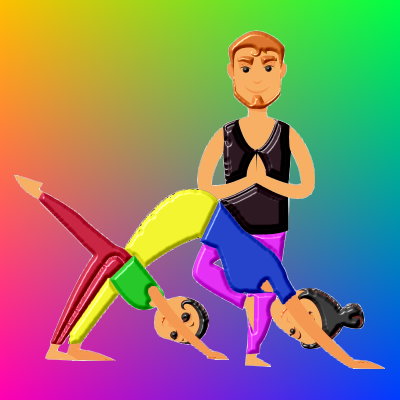 When Valerie and Kent’s first baby arrived in this world they had trouble deciding on a name. Valerie wanted a transgender name such as Kim or Les; an accepted and known name but one that belonged to both females and males. Kent also wanted a transgender name but one with a bit of originality such as Oak or Marble or Peninsula. The child could decide once old enough what it wanted to be called. In the end Kent won out and they provisionally named the child Reverberation Mannequin Crenshaw-Maidstone.

The child was given a naming ceremony, but Valerie and Kent had trouble deciding where that should be held. A church, of course, was out, but the grounds of a park next to a lake with ducks and swans and weeping willows sounded good. In the end the park idea verged on Pantheism, so they invited a few friends around to their back yard and held the ceremony next to a tin fence. The child could decide once old enough what it really wanted to believe and from the beginning Valeria and Kent, by choice of venue, didn’t want to precondition the child into receiving and believing perceived hang-ups.

As the child grew and reached school age, Valerie and Kent decided against formal school education; they would home school Reverberation. A school would shove the child into stereotypical confinements. Although the government demanded certain topics to be covered in the curriculum, Valerie and Kent didn’t want to ram bigoted information down Reverberation’s throat. The child should be able to decide once old enough what interested it and what it should and shouldn’t know.

All this was years ago. These days Reverberation is a professional athlete and goes under the more practical name of Organic Fire. Organic is a lot easier to spell than Reverberation; and Organic’s partner, Zen Wolfeschlegelsteinhausenbergerdorff Ng, doesn’t have to look up how to spell Organic’s name every time an application is made for psychiatric hospital visitation.

Stephan had a reasonably well-paid job until the company was sued by Stephanie for using the wrong pronoun. It was obvious that it should have been “she” and “her”?

Stephanie had a reasonably well-paid job until the company was sued by Stephan for using the wrong pronoun. It was obvious that it should have been “he” and “him”?

Stephan had a reasonably well-paid job until the company was sued by Stephanie for using the wrong pronoun. It was obvious that it should have been “she” and “her”?

Stephanie had a reasonably well-paid job until the company was sued by Stephan for using the wrong pronoun. It was obvious that it should have been “he” and “him”?

Stephan was an expert at forging references. It was a handy skill to have when looking for a job. But now there simply wasn’t a need for it. Enough money had been made.

(WARNING! The characterisation in this story calls for the occasional swear word…)

Poodle Jerkin was a clown of questionable talent. He snorted cocaine. Who wouldn’t if you worked day in and day out for a circus that hardly paid for nothing? And his wife had left him and taken the kids. There was no hope, so he snorted cocaine and got the sack. Yeah, he wasn’t good enough even for a fuckin’ circus.

He got a job as a clown at a transgender nightclub, where he gyrated up and down on the bar top, dressed as a clown and wanking while patron stuffed dollar bills down the front of his jock strap. The smile was painted on his face, but underneath the makeup he was crying. Then at the end of each night, Jolie the manager or owner – he didn’t know which but who gives a shit? – would take all the bills out of his jock strap and finish off what he’d started on the bar top. He’d leave each night with a couple of bucks and somehow he was meant to have a life.

One night, on the way back to where he slept, he walked past an appliance store. On a big television screen a politician was spouting:

We’ve got to get rid of all these no hopers sleeping on the street. There are needles everywhere. There’s human excrement. We should round them up and do something about it.

Poodle Jerkin picked up a nearby laptop and threw it at the television screen. He’s in prison now. What the fuck? It’s survival.

This would happen about twice a year. Once he woke up as the boyfriend of Miss World. At first he thought that was great, but quickly realised that Miss World wasn’t allowed to “do it” for another twelve months.

Then he woke up as a dog, but that lasted only a couple of days.

He was so far down the track now from being Noel. He had been Trevor, David, Lance, Michael, Paul, Patch, Ewen, Jock, Neville and Dirk. He knew he would never make it back to being who he was when born.

Then it happened! He woke up as Noeline! For the first time in his life he felt at home. He felt at peace. His body had been trying to tell him something.