Look at that! 1700 is a round number if ever there was one! Usually for such a significant number I deviate into some true narrative or other. This time I’ve hit a complete blank. I don’t believe in “writer’s block” but I must admit that these last ten or so postings have been like trying to get blood out of a stone. I wanted to get to Story 1700 before Christmas and then have some time off until sometime in the New Year. And so I’ve drawn a blank. Let me think…

Well I’ve thought of something… but I don’t know if I should chat about it or not. Counting up it happened 33 years ago!

The photo incidentally is not of what I am going to talk about – it’s of another group unknown to me, but it gives the general drift. 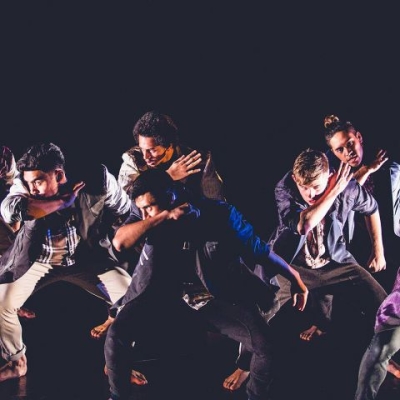 I dare say those involved have long since moved on. I was teaching Music and English at St John’s High School in Hastings, New Zealand. Hastings had a pretty “varied” population. St John’s High School was a boys-only school and the only High School in the city that would accept students who had been expelled from other schools and couldn’t find another school to attend. That’s how I ended up teaching a class of 24, 14 of whom had a “history”. They were all aged 14. Montzie, for example, had a criminal record since the age of six.

The school didn’t have a great number of resources. My classroom was an old shed set apart from all other classrooms and in the middle of a field. We called the shed “The Shack”. The record player and all the stuff for music were in The Shack. The trouble was: The Shack couldn’t be locked. I told the class that if anything was ever stolen from this shack I’d “have their guts for garters”. (I also had to explain what garters were).

“Don’t worry,” they said, “we’d never steal from you.” We were the only school Music Department in the whole city that hadn’t had all its electronic equipment go missing. And then it happened. One night, the classroom was stripped. The policeman was very nice about it. He took notes and said he’d keep an eye out. That wasn’t good enough for Montzie and friends. Did not the policeman want to know the names of those who took the stuff? Did not the policeman want to know the place in the city where these thieves stored their stolen goods? The policeman was kind of stunned!

With such information it still took six months for the police to act. In the meantime insurance paid for new equipment and when our goods were returned we had two of everything. And Reuben, a master of the “five-finger discount”, would most days bring five or six long-playing records that he’d “got from the shops during lunch break” to replace the records stolen. I explained it was wrong. It was above his comprehension. He was helping out. (And I might add that not even the shops wanted to know because the packaging had been removed).

Many other things happened during the year which can wait another time, except to say I am a master pickpocketer; for they passed on skills you wouldn’t believe. I was never party to their activity, but they were surviving in the only world they knew.

The highlight came when I was selected (because I was pretty good at it) to represent New Zealand at an International Youth Theatre Festival – with theatre performances from Germany, England, India, South Korea, Australia, United States and New Zealand. It was inordinately expensive to get a theatre team to the festival and to survive a week. That is when I started to write little musicals for elementary schools and market them. Within two easy weeks, we had enough money to travel. I suggested we do a performance about New Zealand’s many endangered species. And would you believe? The class wanted to dance it, and from all the five-finger discount stolen records to dance to they chose extracts from Stravinsky’s “Rite of Spring” and Ravel’s “Daphnis et Chloé”. At least I’d taught them something!

It was street-dancing. They did the choreography themselves. It was an outstanding hit! The boys were so well behaved and more charming than I could believe. At the end of the performance the audience didn’t clap; they stood and sang a song they all knew. It was very moving. The newspaper reviews were stunning.

I dare say these kids would be heading for their mid-forties now. Those who aren’t dead are possibly in prison. I know a couple have done murders and some are destroyed by drugs. A teacher can’t keep in touch with everyone.

But they were one of the nicest and most talented group of kids I’ve ever taught. A pity they weren’t dealt much of a hand.

Robert Maguire was a fairly new and enthusiast high school teacher of Chemistry. In fact, he was about to begin his second year of teaching. During the long summer break he went several times to the school’s chemistry laboratory to prepare his classes for the coming year.

The last time he went, the plumber turned up.

“I’m here to check for dripping faucets,” said the plumber. “Thank goodness you’re here. Mr Gaynor, the Head of the Chemistry Department, gave me a key to the classroom but I was worried how I would get my van through the locked school gate.”

Robert Maguire was about to leave so he asked the plumber to make sure he locked the chemistry laboratory when he left, and to also firmly lock the school’s front gate.

“There have been a lot of burglaries in the area over the summer,” said Robert Maguire.

Cinderella’s horrible step-mother turned a blind eye to the goings-on of her two horrible daughters. Money was going missing out of purses and wallets. Lots of money. And the two ugly sisters somehow managed to wear something different every day.

“Money is going missing out of purses and wallets,” said Cinderella’s father. “Does anyone know anything about it?”

“It’ll be Cinderella,” said the sisters. “She’s not to be trusted.”

Cinderella was made to clean out the scullery twice daily for a good two weeks.

Come the preparations for the palace ball and you’ve never seen such a commotion. Bodices and brassieres and negligees and pantyhose and chemises and gowns and shoes and jewellery and… what a mess the house was in with preparations. And then came the night of the ball… Off the two sisters went (with the step-mother and Cinderella’s father in tow). Were they mutton dressed as lamb or what? Cougars in gowns and thongs. Cinderella was left at home to “tidy up after all the preparations”.

Quickly she threw on her gorgeous ball gown and special glass shoes. The coach (with footmen) arrived. Off she went! And there wasn’t a fairy godmother in sight

To listen to the story being read click HERE!. 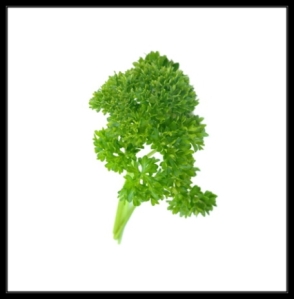 It annoyed Norma immensely. She had a patch of prolifically growing parsley in a small garden not too far inside her front gate.

The neighbours would frequently come in and steal a bunch of parsley. It’s not that Norma minded about that. They could have as much parsley as they wanted. They just had to ask. “Help yourself whenever,” she would have said.

But they didn’t ask. They would sneak over once it was dark and pinch parsley.

Norma trained her dog to piss on the parsley. It wouldn’t kill the neighbours, but it gave Norma a great deal of satisfaction.

Norma grew another small patch of parsley at the back of her house. That was for her own use. Unbeknown to her, the dog rather fancied that patch as well.

It has come to my attention that a story I posted in March 2014 titled Family Picnic  has become a bit of a hit. Countless students (not just throughout the country, but throughout the WORLD) have copied my story. Many of them didn’t even bother to re-type it out. They simply copied and pasted and put their own name to it.

Ms Destiny Divine of Sunnyrow High School in Nevada gave Elizabeth Broadbank an A+. This is an extraordinary little piece of writing, Elizabeth, scribbled Ms Divine at the bottom of Elizabeth’s essay. Why don’t you come around to my place next Saturday afternoon and we’ll discuss it in more intimate detail?

Herr Dietz Duckwitz from Passau in Bavaria gave Heinrich Schomburg an A+. Heinrich at least had the courtesy to translate the story into German (or at least he got his mother to do it). Dies ist extraorinary, Heinrich, wrote Herr Duckwitz. Sie sind ein verdammter Genie.

Personally, I regard anyone who steals my stories, and presents them as their own work, as rather sensible. Who doesn’t wish to succeed in life? And what a privilege! what a thrill! what an unmitigated honour! when someone steals my stories and gets praised to the skies.

(Today’s story is in response to a request/challenge from Derrick at Ramblings-derrickjknight. Derrick’s back driveway has been the object of possible mysterious criminal activity. To sum up the evidence at the scene: Jackie discovered something weird on the back drive. Derrick, camera in hand, was called. A fine fishing line, attached to two square spools, led across the gravel from a gap in the north hedge, and disappeared through a hole in the fence belonging to Number 5 Downton Lane. The fishing lines were removed from the drive, and upon pulling them up, they contained hooks and bait. They were identified as crab lines…)

The mystery has been solved, although no arrests as yet have been made.

One would have thought that Derrick, having been Mordred who created cryptic crosswords in newspapers for twenty years, could have solved the mystery himself. It goes to show how admirably cunning was the plot.

Something strange was happening in Milford on Sea and environs. Crystal and Jaspar Spanner-Linington of Stopples Lane, Hordle, Hampshire, United Kingdom, had grown bored. (Names and address have been changed to protect their children from getting bullied at school). Crystal and Jaspar were master thieves, but simple breaking-and-entering was very ho-hum. Thus they began a raft of eccentric thefts in Hampshire. This string of thefts was known to Scotland Yard, but was utterly unpredictable. Not one burglary was the same, and this made it impossible to catch the thieves.

Getting a couple of crab lines, attached to a couple of spools, with hooks and bait, Crystal and Jaspar tossed them over the fence from Number 5 Downton Lane (the occupiers were absent) onto the back driveway of Jackie and Derrick.

“Get your camera!” shouted Jackie to Derrick almost excitedly. “You’ve no idea what I have found on our back drive.”

They both rushed out to ooh and ahh and photograph. Strange indeed!

Meanwhile, Crystal and Jaspar Spanner-Linington had backed up their van and entered through the front door of Jackie and Derrick’s French terraced house. That evening, after the drive back to Hordle, Crystal and Jaspar Spanner-Linington dined on prawn crackers, spring rolls, chicken and cashew nuts, sweet and sour chicken, and egg fried rice. Jaspar microwaved the two chicken dishes whilst Crystal, eschewing the cooking directions on the box, fried the spring rolls and then, adding a mangled egg, the rice. Crystal drank Hoegaarden and Jasper imbibed more than a little cabernet sauvignon. Both pronounced the meal well worth the trip.

Both agreed, a return trip was a certainty. Next time they’ll plant briar roses in the new rose garden. That should keep Jackie and Derrick occupied for some time while Crystal and Jaspar load the van.