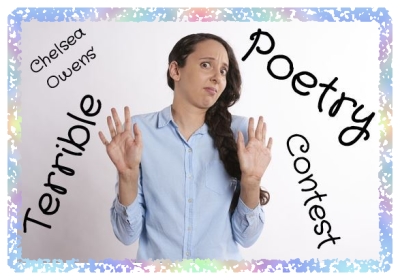 This is not an award as such but the writer of this blog has won the Terrible Poetry Contest three times. My special thanks to Chelsea who initiated and manages such a fabulous event.

Each time the poems seems to get badder and worser. Such inspiring brilliance emanating from my writing device perhaps stems from an anonymous poem which was my favourite in my teens (and possibly still is):

What a wonderful bird the frog are
When he walk he fly almost
When he sing he cry almost
He ain’t got no tail hardly either.
He sit on what he ain’t got almost.

Being thrice the winner of such a notable thing as the Terrible Poetry Contest has prompted me to reflect upon other highly successful moments in my life of seventy years. There have been so many fabulous successes that I barely know where to start.

1. Rugby coach. Many years ago, when I coached rugby, the team had won every game in the rugby-playing season. There was only one game left to play to make it an “unbeaten season”. We arrived at the playing field to compete against Newlands College. My team came to me and protested: “They’ve stacked their team with better players who are not in their usual team.”

“Don’t worry,” says I. “Just beat them. Victory will be so much sweeter.” 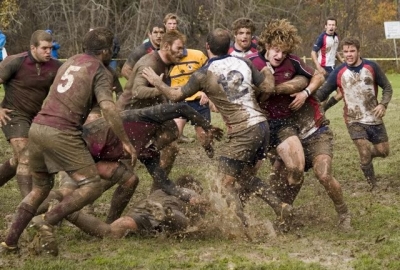 After a very long game no points had been scored. And then in the last minute, Newlands College scored some points. Have you ever driven a bus home with 20 or so eighteen year old men bawling their eyes out? “Don’t be silly,” says I, “it’s just a game.” But on arrival home I shut the door and had a good cry myself.

2. Just recently my local village ran a competition. The village is called “Stratford” so every street is named after something from Shakespeare: Prospero Place, Romeo Road, Ariel Street, and so on. Four new streets were waiting to be named. There was a monetary reward for the person who came up with the best suggestion. Not only, the blurb said, should the name be connected with Shakespeare, but it should also if possible have something to do with the history of the village.

I came up with the perfect suggestion! In fact, it was so perfect that I spent the reward money on firewood ahead of the winning announcement.

My suggestion was “Arden Street”. Not only was Mary Arden William Shakespeare’s mother’s name, but “As You Like it” was set in the Forest of Arden, and a hitherto unknown-authored play – “Arden of Faversham” – had just been declared as “now known with certitude to have been written by the Bard”. On the local front, an early settler in the village here was Joseph Arden whose landscape paintings hang in galleries up and down the country.

I had certainly thought up a winner. Anyway the local town council chose Midsummer Street. Thank goodness I’m not a bad loser. They can shove their stupid midsummer pile of crap up their noses for all I care, the bat-poo infested, snot-ridden creeps. 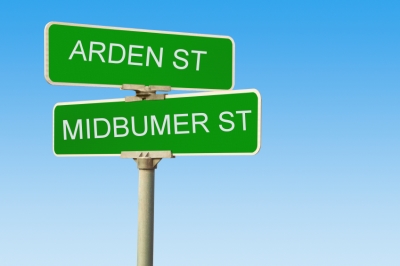 3. Around about 1957 the local rural schools of the area held a combined festival. There were all sorts of categories that the primary school students could be involved in. I chose the event “Design a carpet pattern”. I drew on paper around several things from my school bag and coloured them in. And there! On exhibition day! The twenty or so entered carpet designs were pinned on a large display board. There was 1st place, 2nd place, and 3rd place – with two “Highly Commended” designs. Mine was highly commended!! I never saw that they made a carpet out of it but I wouldn’t be at all surprised.

Years later, when I lived in St-Victor, Quebec, a number of my friends worked as fabric designers for curtains, bedspreads, and so on. I never told them they were talking to an award-winning carpet designer. They would’ve been so jealous.

That about takes care of all my successes in life. Thanks again to Chelsea for initiating and keeping the Terrible Poetry Contest. Do visit.

And as an Addendum: If you have sort of enjoyed reading this, don’t hesitate to nominate me for any Blogging Award that comes your way, deserved or not. Despite the naming of Midsummer Street, it seems to be raining here a good deal of the time and I’m stuck inside with little to do other than create terrible poems and compose award acceptance blogs such as this.

I hope your days are as filled with stunning accomplishments as mine. 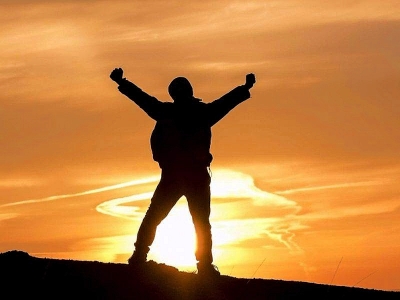 The Liebster Award seems to be one of the most enduring blog awards. I was delighted to receive it from Chelsea Ann Owens. Chelsea’s blog covers many aspects. My favourite bit of her blog however is the weekly Terrible Poetry Contest. The “terrible” applies to the poetry and not to the award! It’s great fun to enter and to read some purposely intended bad poetry. Some people don’t have to try very hard.

There are five questions to answer when accepting this award. So without further ado I shall oblige.

1. Would you rather sleep in on Sunday, and would a cat sitting on your face change that answer?

That’s two questions! Quite frankly, I hate sleeping in on any day. I get out of bed every morning between 3 and 4 o’clock, so come breakfast time (around 8) there’s already 4 to 5 hours of “work” under my belt. It’s as if those morning hours are free – others sleep while I forge ahead. Early rising stems from a lifetime of having to get up to “milk the cows”. There’s no cows to milk now, but the habit of a lifetime remains. The cows however still hover near my fence. 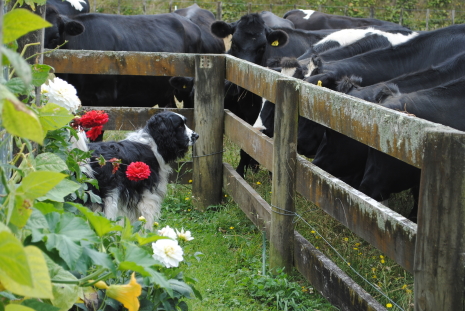 Regarding the cat… the cat is 13 years old and for thirteen years has slept on my head. In fact, 13 years ago, when just a kitten, she would creep over from the neighbours at night and snuggle up in my bed. I was drastically poor at the time and rented as cheap a house as I could find. The house had no insulation and no source of heating. I’m sure I would have perished from cold if the cat hadn’t nightly snuggled up. When I left that wretched house the cat came too. Together, since then, we have moved 8 times. She goes for a walk with the dog every day, and complains loudly all the way. 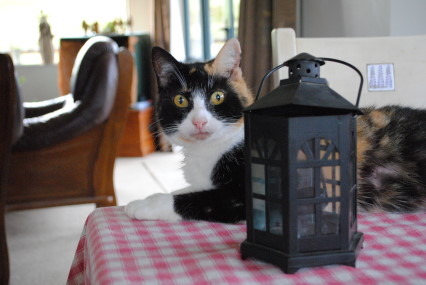 One thing we don’t need to use in New Zealand are cat harnesses. There are no wolves, coyotes, snakes, mountain lions, or any form of cat-eater. So my cat goes in and out the cat door at whim. She covers a territory of several square miles. AND she has the wonderfully creative name of… Pussy Cat.

2. Given an infinite number of monkeys and typewriters, how soon before they realise typewriters are outdated and they’ll need to learn sign language?

Living in Djibouti we had a monkey, called Arthur. He was orphaned when his mother was run over by an army truck. He would sleep in a baby’s bassinet (I think some countries call it a cradle?) under the blankets with his little head poking out – just like a human.

He was a quick learner. Noticing that we took our shoes off before entering the house and carrying them inside to place in a closet, he soon helped by taking the shoes at the door and putting them away. Whenever visitors came to leave they would discover their shoes were missing. Aha! They were always arranged in neat little rows in the closet!

When Arthur came with us to town he would ride on the back of the dog, like a noble horseman. He loved being the centre of the much attention he caused.

Sadly, Arthur couldn’t use a typewriter so the question remains unanswered.

3. What is the best paper aeroplane design?

Whenever I taught secondary school students I would hold an annual paper dart competition to see whose dart would fly the greatest distance. Of course I organised it because I knew I would always win! The secret of a good dart is not sleekness and speed; rather it’s being able to float quietly through the air without turning a corner. A gentle throw of the right design will go an enormous distance. It’s festina lente in another guise.

I’m more than aware that a wordy description of the design (without diagrams) is what is called for. It is almost an impossibility! That is why in the paper-dart teaching days, the students were challenged to write down their dart-making instructions WITHOUT pictures. Some did rather well. I’m not going to try.

Ok – specially made just for you

Years and years ago I wrote a pretty successful play called Balloons (it was so long ago that I had to look the title up just now). It involved sequences of Churchill’s and Hitler’s war time speeches while a HUGE number of paper darts were thrown in all directions. It always took a long time to clean up the mess.

4. Who would win in a duel: chocolate volcano cake or bananas foster?

I had to look up both chocolate volcano cake and bananas foster. That shows the sort of childhood I had. One would hope these days that in a duel they’d both knock each other out.

Only yesterday I got all experimental in the kitchen and said I was going to make a dessert I’d never tried before. There’s this huge tome of recipes The Australian Women’s Weekly Recipe Book. Every recipe in it seems excellent. So it was with a great deal of excitement that I ventured to create this tart. Well, what a disaster. I may as well have served up cardboard. Thank goodness for ice cream. It’s times like these one would wish for a chocolate volcano cake or a bananas foster. 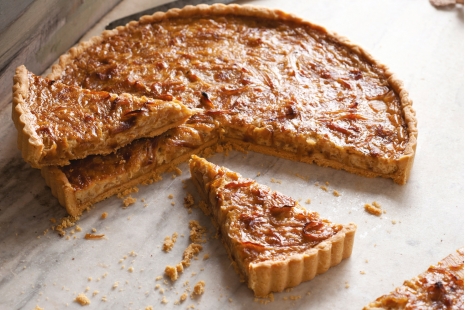 5. If you could choose one magical power, what powers would everyone else have?

I must admit that I don’t really understand the question, so as a departure from my usual stance I shall briefly prattle on about nothing. There’s no such thing as Magic, of course. You oft hear it said that if you believe something it will happen. It’s to do with motivation. It’s to do with oomph. Well I’d just like to say that fat people are no good at the pole vault no matter how much they believe in themselves. Having said that, I’ve never made it past the first 20 pages of any Harry Potter book. I find it boring, wordy, and asphyxiating!

To sum up: a favourite quotation is from Napoleon Bonaparte: If you want to take Vienna, take Vienna.

Incidentally (and apparently it’s true) there was a time in France when it was illegal to hang a picture above the fireplace of Napoleon. Hence, to get around it, the shape of the mantle clock is the shape of Napoleon’s hat. 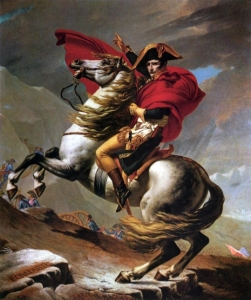 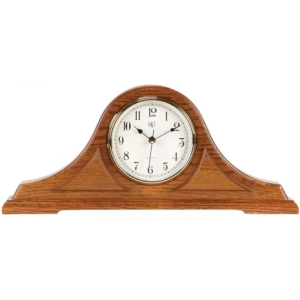 Now to nominate a couple of others. Here lies the crunch: I don’t nominate. But what I do is to point out some blogs I like so that those who haven’t discovered them already may wish to do so. Many blogs are award-free – hence I’m not nominating – just pointing out. I’m not going to mention “old” friends so don’t feel bad and left out…

1. Ryan Impink – Ryan labours away writing these stories for not a huge expanse of the world’s population. I find his stories riveting and excellent and generally short.

2. River Dixon – River knows how to write a good poem that cuts to the quick.

I’ve just realised how few friends I have! Oh well…

Thanks for taking the time to ruminate.