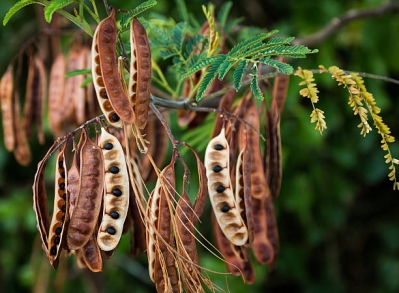 As every boy knows (or should know), if you crush the seed of a wattle (some might call a wattle a mimosa or an acacia) and spit on it, it is a stink bomb. Money need not be spent on purchasing stink bombs from the local trick shop. Of course, there might be places in the world where wattle trees won’t grow, such as at the North Pole, so Santa’s elves may have to buy theirs. A spat-upon crushed wattle seed stinks like the most humongous fart. It is colossally funny. It is a marvellous trick to play, especially on girls. (This is in the days before it was decided that both sexes were the same).

Larry and Barnaby were seven-year olds. Larry’s older brother had told him about stink bombs. Larry and Barnaby got some wattle seeds. They crushed them and when they were in the classroom they spat on them, hid them, and waited. What a stink!

“It’s a bit chilly in here,” said the teacher. “Shut the windows.” (This is in the days when classrooms windows could be opened and closed).

“I have to go and see Mrs Turner in Room Seven,” said the teacher. “While I am gone I want you to do Exercise Fourteen on Page Seven.” (This is in the days when pupils could briefly be left on their own to do some work).

The other boys ganged up on Larry and Barnaby. The two boys had to find and pick up the stink bombs and toss them out the window.

This was done. The teacher returned. No one, except for Bianca, had done Exercise Fourteen on Page Seven. Nothing was ever said. (This is in the days when teachers didn’t have to write long reports on every misdemeanour of every child and file it permanently on a computer).

Ah! Stink bombs need not be dealt with again, until next year’s new batch of boys.