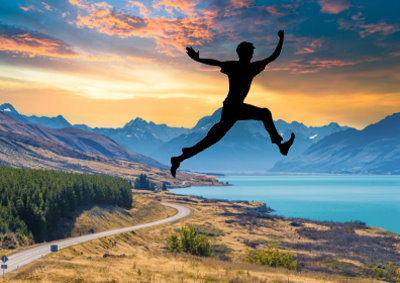 Professor Peter came up with an alternative. It became so popular that it was adopted by the United Nations and by all countries in the world (except for Slovakia).

Every year is given an extra six hours, added on January 1st. That meant that six in the morning became twelve in the morning. A year later twelve in the morning would be again six on the clock. It was nothing to remember that every second year the clocks were simply six hours ahead. Adoption of this methodology had surprising repercussions. People became so confused as to what time it was that they start getting up at daybreak and going to bed at nightfall. They would eat salads and cold meats in summer and hot stews in winter. They lived according to the light; according to the season; according to the temperature.

After a while the world (except for Slovakia) discarded the calendar altogether. Who needs such an artificial contrivance when all that is needed to live a good life is to look at the sky and say things such as “I think it’s going to rain” or “My word, the days seem to be drawing out”? Who needs to know that it is August the 11th or March the 24th? And after a year or two, people would begin to say I know it’s my birthday because on my birthday the sun rises exactly over that little knob on that nearby hill.

With Professor Peter Plummer’s method, every year would be a leap year (unless you live in Slovakia).

I cannot love the sky
until I know the scientific names for all the clouds.
Look! how dramatic is Cumulonimbus!

I cannot love the garden
until I know the scientific names for all the flowers.
Oh! such lovely Lobularia maritima!

I cannot love the song
until I know the scientific names for all the birds.
Hark! to the rapture of that Turdus philomelos!

I cannot love reflections in the water
until I’ve checked for giardia,
those anaerobic flagellated protozoan parasites of the phylum Sarcomastigophora. 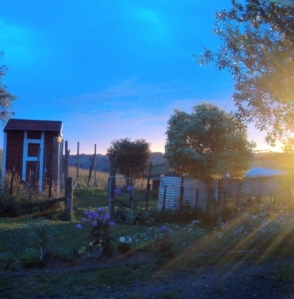 The sky was brilliant; absolutely brilliant. Jolene looked out the window.

“What a brightness! What a dazzling display!” said Jolene to Abigail.

“But it’s three in the morning,” said Abigail.

“North Korea and Iran must be testing again,” said Jolene.

Listen to the story being read HERE!

The sky is full of surprises, is it not?