No sooner had I hung up the phone then there was a knock at the door. The phone call had been from the local supermarket saying I had won a $500 grocery voucher for entering a competition to write a jingle advertising spaghetti. The money would be put automatically on my supermarket card. Of course I was excited, because I was practically skint, and then came the knock on the door.

There stood a man and a woman who said “Congratulations!” I said “What for?” and they said I’d won a car. Well I was completely over the moon because to be honest I hadn’t had a car for eighteen months. The last one had died – utterly died – and I had been unable to replace it even with a beaten up old bomb.

Well, I got into my car as soon as those people had gone and went off to the supermarket to get some much needed things and a couple of not so important things like some chocolate and some coconut cookies. They say things come in threes! No sooner had I stepped out of my car at the supermarket than I was approached by a woman, I’m guessing around about fiftyish.

“But would you like a house? I was recently diagnosed with a terminal problem and the only thing I care about in the world are my chickens. If you would like my house when I go you can have it provided you care for my chickens.”

Goodness! My first thought was coq au vin, which is what you can do with tough old chickens, but I said out loud instead, “Goodness! What a fabulous thing! Of course I will see to your chickens!”

So the woman arranged to meet with who-ever-it-was to officially hand things over, and when I got out of the car this man approached and said that he’d just won forty-eight million in the lottery and he knew it would destroy his family, so would I like the ticket? I said I had little or no family to destroy, so he gave me the ticket.

The handover of the house went without a glitch, and I’ll sell the house once the old lady kicks the bucket. On the way out of the building there was an old guy asking for money, probably for drink like always, so I said “Get a job you last lazy slob instead off bleeding off other people.” I like to tell it like it is. Some people would take the shirt off your back if you gave them half a chance.

Look, life’s not everything it’s cracked up to be. People dream of being rich. I can tell you straight: it’s not always all joy being a billionaire.

Everyone pesters you all the time for a helping hand. They haven’t got this; they haven’t got that. Why should I be able to afford all this stuff when they have enough trouble putting a boiled potato on the table?

I own seven houses – these are not the ones I rent out; these are the ones I live in at different times of the year. People have to realize that when you’re not in a house for twelve months of the year you have to pay a person to maintain the house. And a gardener; they’re not cheap these days. All I hear is moan, moan, moan from some people. No wonder they’re not rich; how can a moaner make a fortune?

But I want to point out something in all seriousness. I know this family a few blocks from where I live. They live in not the most respectable part of town. I know them because I got the wife there to sew me some special hot-plate mittens using a fabric I particularly liked. She worked from home as a seamstress. You know what? Their fridge broke down. I could’ve bought them a new fridge, just like that. But I didn’t. They skimped and saved and when they could afford it they bought and paid for their new fridge. It was yellow. They were so happy that the husband called into work sick for the day it arrived and they spent the rest of the day going in and out of their kitchen looking at the thing. It was wonderful. A joyful thing.

I’ve never known that. Don’t get me wrong. I enjoy being a billionaire. But there are some things – like the excitement and joy of a new fridge – I can’t buy. 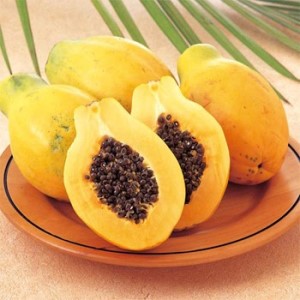 Wayne’s mother was a solo mother. She didn’t have much to go on. She put Wayne first of course. She always packed him as nice a lunch for school as possible, even though it usually wasn’t much.

On this particular day, all she had was one small pawpaw. Wayne took it to school.

During the lunch break he sat next to Lawrence. Lawrence’s parents were rather well off. For lunch he had some ham sandwiches, and an orange, and a big slice of chocolate cake. When he saw Wayne’s pawpaw he said that he had never tasted a pawpaw, and could he have it. So Wayne gave him his pawpaw.

Then Wayne asked if he could have a bit of Lawrence’s chocolate cake. Lawrence said no he couldn’t. So Wayne had nothing for lunch, and Lawrence had ham sandwiches, an orange, a big slice of chocolate cake, and a pawpaw.

The world is divided into haves and have nots; winners and losers. Guess who is the loser in this tale! 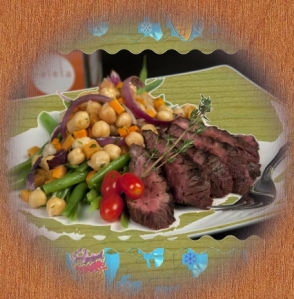 I’m so tired of being rich. People don’t realise how tedious money can become. I’ll give an example to illustrate what I mean.

Every day the cook would ask if there was anything special I would like for the evening meal. After a while – rather quickly actually – I ran out of ideas. I suggested to the cook that he make up his own mind, as long as he maintained his usual quality. That’s what he’s paid for. Well! You’ve no idea what happened! He served up a wild venison dish. I don’t like wild game particularly, and this meat was far too strong. It might’ve looked fancy, but … yuk! After that, I had to replace the cook with one who toned down the flavours a bit, thank heavens.

So that’s what I got. It was disgusting. Never again. And it was a top-of-the-range bun. I now understand what poor people have to put up with all the time. I have instructed the cook: once a month, when he’s foraging for groceries, he’s to buy a spare tin of cat food and leave it in the Salvation Army bin at the supermarket. If the poor people don’t have a cat, I’m sure it would be a treat for them to eat it themselves.