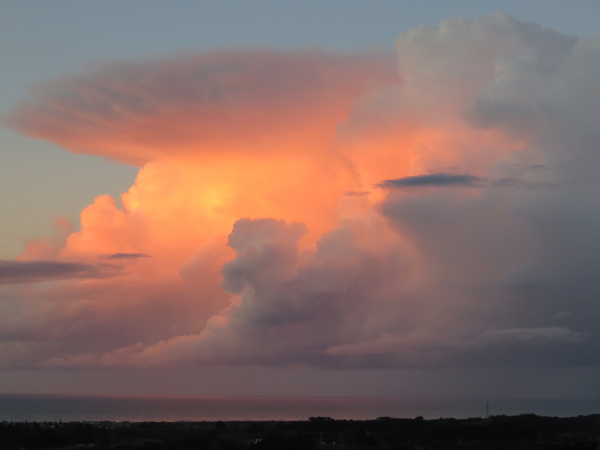 I’m having a break from creating something new today, but thought this was appropriate enough for the Easter season. I’ve posted it once before. This is the beginning of a longer commissioned work (43 minutes) based on the Gospel of Saint John, that I composed a little time back. It’s best listened to with the volume turned up on good speakers – neither of which I have – just broken headphones! It’s music that’s not to everyone’s taste but is the type of stuff I write when not blogging!

The photo my sister-in-law took out of her window!

If the link doesn’t play, then try clicking HERE! 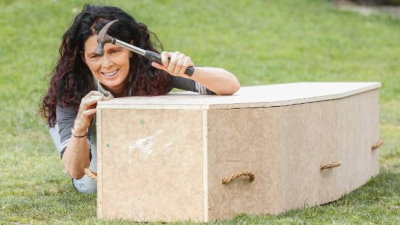 There was a general consensus in the whole street: Finlay, who lived with his wife at Number 45, was a crackpot. Since he’d found religion things had gone from bad to worse. It culminated when he brought home a coffin, set it up on his front lawn, and would lie in it with a sign that read: WE ARE ALL GOING TO DIE. He would then start preaching – every day – from door to door, and it was driving the neighbours bonkers.

To be particularly fastidious, it wasn’t really a street; it was a cul-de-sac, a short street with a round-about at one end. Everyone knew everyone else. It was a close-knit community and Findlay’s “conversion” was catastrophic – sort of like a woodpecker turning up to a lumberjacks’ convention.

And suddenly the whole cul-de-sac went crazy. Everyone began to play their music at top volume, booming it out from house to house. Mrs Bronson not only played Saint-Saëns’ The carnival of the animals full tilt, but she coupled it with playing on the piano Mozart’s Piano Sonata in G Major.

Andy Summers played Frank Sinatra’s I did it my way over and over. And few really minded when young Tommy Gloucester’s sophisticated sound gear broadcast the Dead Kennedys’ Fresh Fruit for Rotting Vegetables fortissimo (which Ms Nancy Smith of Number 28 considered “very yesterday”).

There wasn’t a house on the cul-de-sac that wasn’t broadcasting. And all because Finlay’s wife was busy with a hammer. Everyone somehow had to drown out the banging emanating from Finlay’s front lawn. 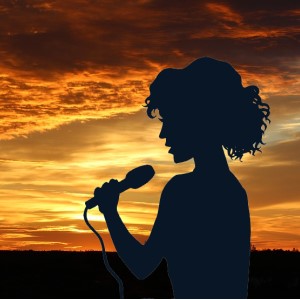 Twelve year old Stacey Cunningham’s rendition of Sometimes I Feel Like a Motherless Child was the clearly the highlight of the service held for Veterans yesterday, according to a spokesperson for the Veterans, who wished to remain anonymous. Since then, the committee has changed its tune.

Angelica Flopp thought that “the choice of song showed a great lack of sympathy for those present who may have been orphaned or lost a parent during the war. There was no need to rub it in.”

Billy Le Blanc agreed. “The song mentions religion, and it was most unsavoury having to listen to religious references when not everyone present was a believer. In fact, it was downright offensive to most of the audience who are either atheists or agnostics.”

As a result, the organizing committee have met and decided that next year, so as not to cause offense, all songs will be replaced with periods of silence.