Today is the Feast of All Hallows or All Saints; hence yesterday’s Halloween (All Hallows’ Evening). It is my favourite day of the year to remember the dead. It is the feast day of all who have gone before us. It’s a pity that the first two days of November, which used to be reserved to recall everyone who has died, has been smothered in candy and reduced to a previous evening of pretend ghouls. I want to commemorate the real first of November by telling you a personal story – simply because it’s a coincidence that happened in my life that I’ve always marvelled at. Perhaps it’s not a coincidence at all. I hope you don’t find it too long and boring!

I’m not sure how most university systems work overseas, but in New Zealand it goes Bachelor’s degree, Bachelor’s Honours, Master’s, Master’s Honours, Doctorate. I had long finished my Bachelor’s degree in English and Music. As many of you know, I was a monk at the time and after ten years of teaching I was sent back to university in Wellington, New Zealand, to get an Honours degree in Music. That went very well, and not simply because the mother of the Professor of Music had been my piano teacher when I was a kid at school!

During that year my father had died and in between assignments and the like I had an hour’s drive every day to visit him at home. My father had been an Anglican and was from a very VERY anti-Catholic family. He was also a plumber and among his plumbing clients was the local convent of nuns (known as the Leper Sisters for their work throughout the Pacific). Dad got on especially well with the Mother Superior, Mother Camilla, who was an American. This is long before I was even thought of. Anyway, Dad died and I did the funeral. 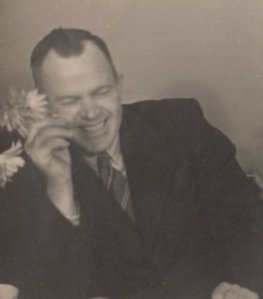 At the end of the academic year I was visited by “the head monk” who asked if I had anything to say. I said two things: The community’s fridge is broken and we need another one, and secondly if I got an extra year at university I could complete a Master’s degree. The next day a new fridge arrived! I thought, Aha! he did listen after all. Some weeks later I got a message: we think you should go ahead and complete your Masters, BUT you should do it in Boston, USA!!!! Boston America!!!! Me? In Boston America!!! Little me from the backblocks of New Zealand?!!

The first thing to do after being accepted at the university was to find somewhere to live. I wrote to a number of catholic parishes in Boston asking if I could live there in exchange for weekend services. St Joseph’s Parish in Waltham in Boston answered. They were a French-speaking parish but that didn’t matter. I was very welcome to stay and help out! Off I went! 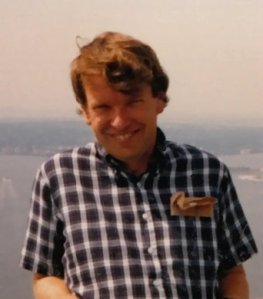 After a couple of weeks there was a phone call one evening. It was the local convent. The visiting priest’s car had broken down and could someone come around and take the church service. I said I would go. When I walked into the room an old nun said “Goodman from New Zealand? Do you know a Frank Goodman?” I said he was my father. The nun, called Sister Basil, had been in charge of the convent buildings in New Zealand. She said, “I have spent more time in the toilet with your father than I have with any other man!” Mother Camilla (Dad’s friend) had died around the same time as Dad. She had donated her body to Harvard Medical School. When the bones come back, could I do the burial?

A few weeks later I did the burial. Her name before becoming a nun had been Mary Borke. I told the pastor of St Joseph’s. He said that the rectory was the old Borke Family homestead. Mother Camilla would have been born in this house, possibly in the very room I was sleeping in.

Anyway, on this Feast Day of All Saints, I cannot help but think that perhaps Dad and Mother Camilla had been pulling a few strings.

There’s a little lake at the back of my property. It’s surrounded by trees. Sometimes I think I must be the only person who knows the lake exists. I’ve never seen anyone there, and it doesn’t appear to be on any map I’ve seen. Mind you, it’s not a big lake.

That lake gives me a lot of pleasure. In fact I have a green plastic chair I leave down there and often I’ll sit for a quiet, reflective time. Sometimes there are a few wild ducks swimming about. Twice now I’ve seen a couple of blue herons fossicking in the shallows. But it’s the stillness of the lake that fills me with the greatest joy.

I’ve had this property for about forty years; about thirty of those I suppose I’ve been going to the lake on a regular basis. Goodness! Thirty years since my wife died! I didn’t go to the lake hardly at all before that.

I still can’t believe how placid and calming that little lake is these days. Contrast that with the tumultuous clamour my wife made when I threw her in with concrete blocks tied to her knees. She was flaying about like an octopus caught in a net. Such a hullabaloo! Such a racket!

Yes indeed. I never knew before then how a little lake could hold such joy.

People in glass houses shouldn’t throw stones – or so the saying goes. Geoffrey Higginbotham lived in a glass house.

It wasn’t one of those garden glass houses, you silly person. It was a real house but it had lots and lots of glass; big (in fact huge) glass panes in the doors and windows. The view out was spectacular. The view in was zilch. The windows were tinted and acted like mirrors.

It had one disadvantage: birds were forever attacking their own reflections in the glass. There would be a WHOMP and a dead bird would lie on the path beneath the window. This could happen several times a day.

Geoffrey tried to save as many birds as possible as often as he could by throwing stones and small rocks at them to scare them away. I know what you’re thinking: people in glass houses shouldn’t throw stones. Geoffrey never broke a window with a stone. Not the once. But there was getting to be quite a collection of rocks and stones on the path. One day, Geoffrey tripped on a rock, broke his ankle, and fell headfirst through a gigantic pane.

Which is the real reason why people in glass houses shouldn’t throw stones.

Oswald stood in front of the mirror. “Mirror, mirror on the wall, who’s the fairest of them all?” You see, Oswald was having trouble choosing who to invite to the Fitter and Turners’ Annual Ball.

Should he ask Lillian? She was plain but pleasant. And capable. My goodness me!

Should he ask Siobhán? Should they fall in love he’d go through life being asked, Why is her name pronounced Shivaughan?

Should he ask Bernadette? The list was countless… Annette, Dulce, Barbara, Agatha…

Hence Oswald’s question: Mirror, mirror on the wall, who’s the fairest of them all? He got the fright of his life when the mirror answered: YOU ARE!

He asked again: Mirror, mirror on the wall, who’s the fairest of them all?

Quite frankly, the mirror was no help, although it rather flattered Oswald’s vanity to have his sweetness surpass all others. When he had spoken into the mirror he wasn’t expecting a reply. He was really only talking to himself.

Mirror, mirror on the wall, who’s the fairest of them all?

Oswald asked his mother about the mirror.

“Goodness!” she said. “You didn’t know even after all these years? It’s a battery driven mirror that always answers that ridiculous question: Mirror, mirror on the wall, who’s the fairest of them all? The battery must be getting flat.”

Sure enough! Oswald found the battery and replaced it.

Mirror, mirror on the wall, who’s the fairest of them all?

YOU ARE a total nutcase.

Mr Wood Pigeon had another job in between sittings. He had to make sure the area around the nest was safe from enemies. There was one smart-alec male woodpigeon on the other side of the field. He clearly had his eye on Mrs Wood Pigeon. He would strut around, and then perform spectacular aerodynamics just to show off. And he imitated everything that Mr Wood Pigeon did. If Mr Wood Pigeon flew up in the air, the smart-alec would as well. If he flew down, so did the smart-alec. It was infuriating.

Mr Wood Pigeon’s neck was broken. He’d flown into his reflection in the window of the house across the field. Mrs Wood Pigeon waited and waited, but Mr Wood Pigeon never came back.

I cannot love the sky
until I know the scientific names for all the clouds.
Look! how dramatic is Cumulonimbus!

I cannot love the garden
until I know the scientific names for all the flowers.
Oh! such lovely Lobularia maritima!

I cannot love the song
until I know the scientific names for all the birds.
Hark! to the rapture of that Turdus philomelos!

I cannot love reflections in the water
until I’ve checked for giardia,
those anaerobic flagellated protozoan parasites of the phylum Sarcomastigophora.