That bull outside our window has mooed ceaselessly all night and now it is horse.

No it’s not. It’s spelled differently.

I’m saying it, not spelling it.

Typical youth of today. You can’t read. You talk talk talk. Or failing that, you text everything and spelling doesn’t matter.

That bull just had a baby and it’s a foal. So there!

There’s only A difference between foAl and fool. And bulls can’t have babies.

I give up. You’re just an anti-transgender racist. Totally illogical. And you are homophobic and use plastic. Xenophobic ageist! Come back when you can think straight about gay people and the legalization of maruwanja marjuieguiba maruawana canabas pot.

At least I’m not hippopotomonstrosesquipedaliophobic. 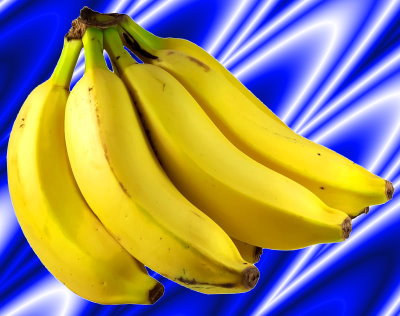 (Hi everyone – I’m possibly going to have a few days off, not from posting but from commenting – as one has to on WP now and again just to keep normal!)

Romualda had lived for a good two months in her new house in the fairly exclusive gated community of Cloudsome Heights. Thus far she hadn’t met a single neighbour. Then suddenly, without knowing who she was, Romualda met Yvette. Romualda was in the supermarket selecting a bunch of Ecuadorian bananas. If there’s the slightest touch of black on a single banana the bunch doesn’t last as long, so it pays to check thoroughly before squandering money on a bunch that would quickly go off. After all, she lived alone. It’s not as if a whole family was into helping to devour them. A touch of black would ruin the whole bunch. And then…

“You must be Romualda,” said Yvette who had just grabbed a bag of pears next to the bananas.

“You’ve recently moved into our gated community,” said Yvette not introducing herself. “There are quite a few people who are not happy about it.”

“Unhappy about what?” asked Romualda.

“About you moving into Cloudsome Heights, as I just said.”

“I wasn’t aware I wasn’t welcome,” said Romualda. “Is it because I live alone?”

“Goodness me, no,” said Yvette. “We’re not like that at Cloudsome Heights! It’s because…”

“Because what?” asked Romualda, by now slightly rattled.

Suddenly a rather buxom woman pushed her shopping trolley into Romualda.

“Oh I’m so sorry,” said the buxom woman to Romualda. “But you’re blocking access to the bananas.”

“I’m sorry,” said Romualda moving away toward the vegetable section.

“Well?” asked the buxom lady to Yvette. “Did you tell her she’s not welcome in Cloudsome Heights?”

“No. But I’m pretty sure she now knows that a touch of black on a banana will ruin the whole bunch.”

(WARNING: Like at most rallies this speech contains obscenities).

I find your presence here in this auditorium stifling. There are four hundred and twenty-four of you present in this one room. Have you considered how overwhelming this is to those with autism? And you’re acting as if no one in the world suffers from claustrophobia. There are no windows in this auditorium. The air conditioning simply instils panic and alarm in sufferers. We must be attentive to the needs of others.

Excuse me. Yes. You. The lady in the pink cardigan. Would you mind not making little comments behind your hand to the person beside you. Not only are you spreading germs on your hand, but the hubbub of noise alarms those of us who are sensitive to unwanted noise. How can we concentrate on the speaker? To say nothing of the applause. Clapping must surely be one of the most insensitive mannerisms invented. Please simply wave your arms in silence. No? Yes you in the ripped jeans. When I say wave your arms I didn’t mean guns. Which should be banned. I would ask security to accompany you outside. With that attitude you should be lined up against a wall and shot.

I find it threatening that so many of you are sitting facing the stage. Turn around and face the back of the auditorium like civilized people. It’s male dominance which produces this obsession with having their penises face the speaker. Everything is to do with masculine in-your-face arrogance. The front the front the front. All males are to turn around and face the back! In fact, a nearby venue has been set up and I would request everyone move to the hall across the road so as not to be so intimidating and aggressive and toxic. We’ll have none of that cock and bull nonsense that’s been going on for centuries.

That’s better. Now that we have an empty hall I can get on with my speech. Need I remind you, if there are any questions, that you are not to use any sexist pronouns? We must be welcoming here to all. We are not racist or homophobic or xenophobic like those horrible fucking inhospitable bastards who do nothing but instil fucking hatred in society. They should be shot along with every other white supremacist on the planet who refuse to piss in a transgender bathroom because of the fucking hostility they hold to those who are not like them.

Now can we continue? The chairperson of the National Poultry Association has asked me to speak at this convention on Predator Control When Raising Chickens. 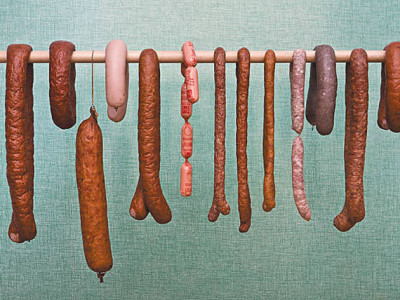 It was nine year old Natalie’s turn to give a talk in class. She thought it would be fun to talk about sausages!

“There are all sorts of different sausages,” began Natalie. “First of all there are many different types of German sausage.”

“Excuse me,” said Heinrich in the class, “but I’m German and I don’t like being called a sausage. That’s racist.”

The teacher gently explained to Heinrich that the term “German” was in reference to food. There was nothing racist about it.

“Excuse me,” said Karol in the class, “but I’m Polish and I don’t like being called a sausage. That’s racist.”

The teacher gently explained to Karol that the term “Polish” was in reference to food. There was nothing racist about it.

“Finally,” said Natalie, “there’s a sausage called black pudding made out of pig’s blood and fat.”

“You naughty, naughty racist child,” exclaimed the teacher. “I suppose you get that attitude from your parents. You will take time out. We are not going to have that attitude in my classroom.”

You racists are all the same, said Mitzi. Always generalising.