Ella wasn’t keen to tell her parents she was expecting a baby. She was twenty-one and didn’t live at home, but her parents were very traditional and would be upset at her promiscuity.

Things were starting to show and Christmas was coming. She always spent Christmas with her parents. She began by telling her parents (on the phone) that Janus her boyfriend was coming for Christmas too. Of course, Ella’s mother was delighted! “I do hope he’s a nice boy, Ella.”

Tell her parents she must. Twice she dialled the phone and cut off things before anyone could answer. The next thing her mother phoned. “You’ve tried phoning twice and both times you’re not there. I hope you are alright.”

There was silence. Then the unexpected happened. “That’s wonderful, dear.” Mother and daughter chatted for a good half hour.

Christmas came. Ella’s father proposed a toast. “At first I was a bit grumpy, but now with Ella expecting this is probably as most like Christmas we’ll ever get! Happy Christmas one and all!”

As if expecting her third baby wasn’t difficult enough. It was made a thousand times more difficult now that Clifford has run off with his secretary. The two boys were under the age of five, and there was still four months to go before the arrival of the third boy. Clifford had wanted a girl. It was Lynette’s fault – the third male.  It didn’t cause the dissipation of her marriage but it certainly hastened it. And now Clifford was refusing to pay for anything until “matters were cleared up”.

Thank goodness Lynette’s mother lived just around the corner. At least someone was “there” – although she drank heavily and couldn’t be trusted after seven in an evening. Still, she could help with the two boys for an hour or two in the mornings while Lynette went off to her part-time motel-cleaning job. At least it meant that there were a few pennies coming in.

And then Lynette’s mother died suddenly. Who was going to pay for the funeral? Lynette was a relative. It was her responsibility. Would the motel owner mind if she brought her two little boys along while she cleaned? The motel owner had enough on her mind without having to worry about other people’s toddlers. The answer was no.

Lynette was at the end of her tether. She walked the street with her two boys in search of some “help for the helpless”. It was not something until recently that she had ever given half a thought to. She couldn’t find the place. She stopped and asked a gentleman in the street if he knew of anywhere.

“Excuse me,” said Lynette as politely as she could muster. They got talking. That is why today Lynette is now Lady Lynette Snodgrass-Grbin, married to billionaire Lord Hector Snodgrass-Grbin, and they have five boys counting Lynette’s three, who run around the manor grounds playing hide-and-seek when they’re not at their excellent school.

Clifford recently contacted Lynette and said he was destitute. The secretary had fled. He had no job. Lynette sent him a thousand dollars and told him to stay out of her life permanently. She subsequently learned that he had taken “permanently” to mean more permanent than she had intended.

Oh! And did I forget to mention? Lady Lynette is now expecting her sixth. It’s a girl. 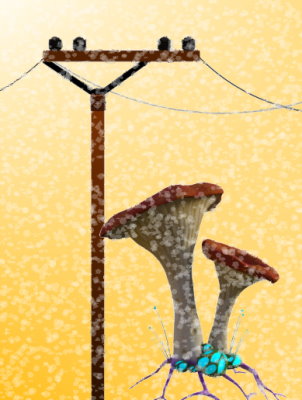 I’m constantly amazed at how stupid some space aliens really are. The other day I caught one having a conversation with a telegraph pole. A telegraph pole!

I said, “You’re talking to a telegraph pole you stupid idiot. It’s not a living thing; it’s just a pole for holding up wires. It’s inanimate.”

“Oh yeah,” it said. (I’m not sure with the aliens if it’s a girl or a boy. Possibly neither. I read, apparently they breed like mushrooms. Sort of clouds of spores. I’d better watch out! Ha ha!) It continued: “Perhaps if you tried talking to a telegraph pole yourself you’d realize they are not as inanimate as you might think. Here! Try it!”

“Hello telegraph pole. How are you today?” I said.

Suddenly there was a cloud of spores floating all around me. I said that these spores were like mushroom spores, but really it was like a pollen explosion in a pine forest. I was so immersed in the all-pervading floating pollen that I could hardly see the alien. It was smiling in a ghostly manner; it was mesmerizing. Quite frankly it was grotesque.

Anyway, I had to dash off home. I was so excited, as was my wife. I just realized something then and there. Poof! In a flash! We’re going to have a baby! Possibly tomorrow morning.

(The poetic form selected for this week is the madrigal. There is some discussion as to whether Fa la la in a song has furtive insinuating overtones. Apparently the Christmas carol, “Deck the Halls”, had its words cleaned up early nineteenth century!)

Jane and Andy got detention,
Jack went his merry way.
Judy stayed away from school 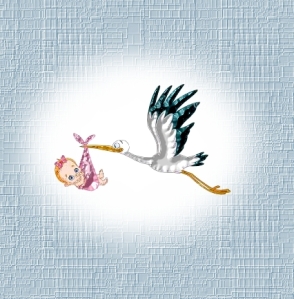 I’m thrilled, of course, but after twelve years of being together it comes as a surprise. You almost forget that these things can happen. Naturally, I take full responsibility. I guess it’s easy enough to get lackadaisical about such things.

At first, way back, I wanted it to happen. But you get comfortable in your ways. The house is not set up for it anymore; expensive furniture and carpet and things. There’s no going back now; Molly’s starting to look a little plump!

It pays to be always careful; always vigilant. I hope it’s going to be just the one kitten, and not half a dozen. You never know with cats.