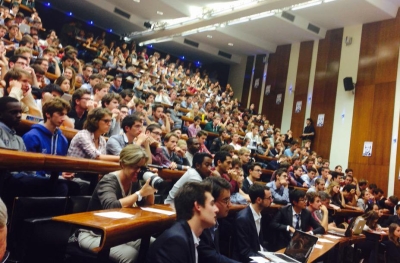 (WARNING: Like at most rallies this speech contains obscenities).

I find your presence here in this auditorium stifling. There are four hundred and twenty-four of you present in this one room. Have you considered how overwhelming this is to those with autism? And you’re acting as if no one in the world suffers from claustrophobia. There are no windows in this auditorium. The air conditioning simply instils panic and alarm in sufferers. We must be attentive to the needs of others.

Excuse me. Yes. You. The lady in the pink cardigan. Would you mind not making little comments behind your hand to the person beside you. Not only are you spreading germs on your hand, but the hubbub of noise alarms those of us who are sensitive to unwanted noise. How can we concentrate on the speaker? To say nothing of the applause. Clapping must surely be one of the most insensitive mannerisms invented. Please simply wave your arms in silence. No? Yes you in the ripped jeans. When I say wave your arms I didn’t mean guns. Which should be banned. I would ask security to accompany you outside. With that attitude you should be lined up against a wall and shot.

I find it threatening that so many of you are sitting facing the stage. Turn around and face the back of the auditorium like civilized people. It’s male dominance which produces this obsession with having their penises face the speaker. Everything is to do with masculine in-your-face arrogance. The front the front the front. All males are to turn around and face the back! In fact, a nearby venue has been set up and I would request everyone move to the hall across the road so as not to be so intimidating and aggressive and toxic. We’ll have none of that cock and bull nonsense that’s been going on for centuries.

That’s better. Now that we have an empty hall I can get on with my speech. Need I remind you, if there are any questions, that you are not to use any sexist pronouns? We must be welcoming here to all. We are not racist or homophobic or xenophobic like those horrible fucking inhospitable bastards who do nothing but instil fucking hatred in society. They should be shot along with every other white supremacist on the planet who refuse to piss in a transgender bathroom because of the fucking hostility they hold to those who are not like them.

Now can we continue? The chairperson of the National Poultry Association has asked me to speak at this convention on Predator Control When Raising Chickens. 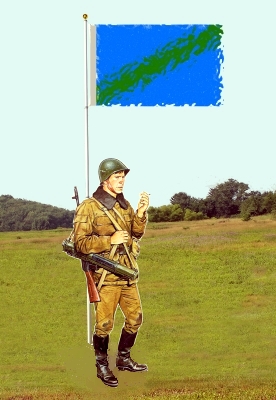 Hetty Moss was a seamstress. She designed a flag for her country and sewed it together. Her country had recently gained independence from Portugal and so much had to be thought about. A flag could be considered a minor detail, but what could the people of a fledgling country rally around if they didn’t have a flag?

Hetty Moss’s flag was blue with a green diagonal stripe across the centre. The green and blue represented their little island state in the vast ocean. Quite wonderful really! People loved it. In fact, it inspired Harry Donaldson to compose words for a national anthem:

All it needed now was some music. But back to Hetty Moss’s flag…

A group claimed that the green stripe represented the Green Party. What about the party that uses red as their colour?

Another group claimed that the blue represented the Liberal Party and it was the dominant colour on the flag. What about the party that uses yellow as their colour? Or purple?

The Federation of Arts and Crafts felt that the flag could have been greatly improved if they had been consulted in the process. “We specialize in design, and this piece of racist rubbish fluttering in the breeze will do nothing but denigrate our young nation. The whole world is laughing at us.”

A group of Portuguese immigrants, whose deepest desire was for the country to remain part of Portugal, set fire to the flag before television cameras. The protests went on and on. Hetty Moss was arrested on charges of.. of… anything. She was the first case tried in the new country. She was eventually found guilty of hedonism and put to death not simply because her flag promoted sexual deviancy, but because her great great great grandfather had once looked at another woman other than his wife.

Rest in peace Hetty Moss – although one hopes you rot in hell. Your hatred of humanity has goaded wayward youth backward and downward. Thank goodness we are getting a new flag. It has a red field charged in the canton with five golden stars. The design features one large star, with four smaller stars in a semicircle. The flag has inspired Harry Donaldson to pen a new set of words:

The new words don’t need a tune; everyone is already dancing to it.