When Benjamin awoke from his nap he heard the flight attendant announce: Does any passenger know how to fly a plane? The captain and vice-captain have both passed out. Please make sure your seat belts are fastened, you seat is upright, and your tray-table is folded away.

It was to be a long flight, and the plane clearly was on auto-pilot. It didn’t look like anyone had volunteered. Everyone went white and remained seated. You’d think some people would have screamed, but instead there was an eerie silence.

Benjamin had his pilot’s licence but it had lapsed years ago. He had flown only light aircraft. In fact he couldn’t recall even having been in the cockpit of a commercial passenger plane. All those lights and knobs! However, a little knowledge was possibly better than nothing. He stood and made his way to the front of the plane.

First things first, he said to the flight attendant. We have to radio some air control people and say we’re on autopilot and the pilot is possibly dead. They might be able to tell us what to do; what buttons to push, what switches to switch. Perhaps they might even be able to perform a landing by remote control.

Benjamin grabbed the microphone and announced: Does anyone know how to operate the radio so we can contact the ground and get instructions?

Arnold in Seat 22A was a radio ham. He had been a keen radio buff when he was at high school years ago. He stood and made his way to the front of the plane.

That was when 90 year old Mabel Partridge stood. “You can’t go to the bathroom now, ma’am,” said the flight attendant. “I’m sorry but you must remain seated.”

Mabel wasn’t taking no for an answer. She hobbled to the front of the plane and said “Step aside”. She had been a commercial airline pilot in her younger days. She took over. It was a flawless landing. 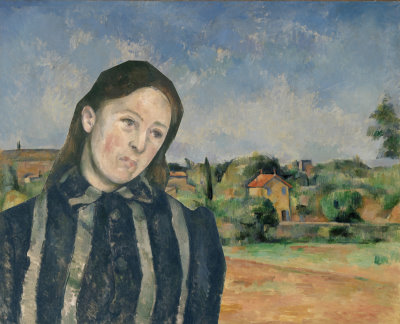 What a mess! Frederica had popped out to the shopping mall for a brief period of time – she didn’t want to buy anything but she was simply filling in her day – and when she returned the house was flattened. More than flattened; it was kindling. A jet plane had whooshed from the sky and crashed on top of her house. Thank goodness Frederica lived alone and there was no one inside. She didn’t even have a dog or a cat.

Apparently the pilot had ejected and was safe somewhere else. The fire brigade were at the house but they weren’t doing much; just looking really. There was not much they could do. There didn’t appear to be a flame in sight – just a pile of kindling awaiting fire, and some electric cables that the fire brigade were making sure no one went near.

The plane had hit the house and then had skidded out of the way into a field beyond. The plane was a write-off naturally, and on the way into the field had utterly destroyed Frederica’s back garden and fence.

Frederica was in shock of course, but the scene was so surreal that somehow she had trouble realizing that the pile of stuff in front of her was actually her house. If it hadn’t been for the row of fava beans she had planted neatly to the side of her home, she would not have recognized anything to do with her place.

Frederica went to a fire fighter to ask what happened, and all she got was “Step back, lady, it’s dangerous.” So she stood there by herself and looked. What else could she do? A large gaggle of onlookers had gathered and most were either laughing at the bizarreness of it all or muttering concerns as to whether or not “someone had been inside”.

What added to the strangeness of it all was that no one was asking whose house it was. Not the fire brigade, not the police. Frederica went to a policeman to ask if he wanted her name or anything, and all she got was another “Step back, lady, it’s dangerous” with the addition of “This is no time to be troubling us with silly questions”.

Before too long (they had clearly disconnected the electricity) a large bulldozer and front-end loader arrived and began clearing the house and putting it into large trucks which took everything away to goodness knows where. Frederica wanted to ask “But what about all my stuff?” but the official answered “Lady, stop bothering us and let us get on with the job.” Quicker than Frederica would have thought possible the entire section of land was cleared including the row of fava beans. Even her shattered fence had disappeared.

All of this took no longer than two or three hours (Frederica had lost all sense of time) and in the end, when all was done a man appeared with a sign which he hammered into the ground near where her front gate had once been. It read: LAND FOR SALE.

One by one the gaggle of onlookers disappeared. The fire brigade left. The police left. The heavy vehicles left. Frederica was left alone shocked, confused, and puzzled. It would have made a classic painting of a woman standing forlornly before a subdivision of empty land if only there had been a Cézanne or someone to capture it.

And that’s what can happen if you’ve nothing better to do than wander aimlessly down to the shopping mall to fill in time.