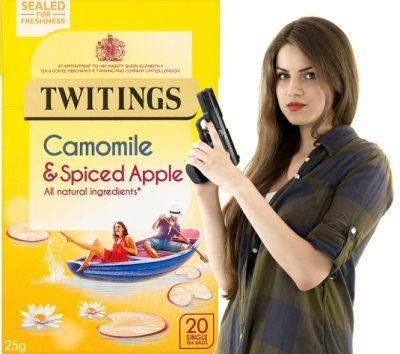 To poison someone by putting poison in their lemon curd or lacing a black currant pie with arsenic is highly uncreative. It’s very run-of-the-mill. Likewise to get a gun and shoot someone point blank is crass. Such gross behaviour is equally uncreative. Let it be made clear: to murder someone by shooting them with a pistol is the height of boring unsophistication. Only a yob would do something so dull and unrefined. Martin Werherall believed that if he was going to kill someone it was best to do it creatively. After all, he was a pharmacist and had all sorts of resources at his fingertips.

As a teenager Martin had developed wonderful, dexterous skills. His parents had sworn black and blue that no child of theirs should put sugar in their tea or coffee. Sugar was the scourge of the contemporary diet. One simply did not need to add sugar to a beverage. Drinking sweetened things was a matter of sugar addiction. But Martin knew a magician who taught him, with practice, how to conceal a sugar cube in the back of his hand and the palm of his hand and goodness knows where else. Then with a modest wave Martin could drop the sugar cube into his mug and his parents were none the wiser.

Now that he was all grown up with his own pharmacy and married and struggling to find happiness he decided to rid himself of all matrimonial encumbrances. The easiest way was to combine his pharmaceutical and magician abilities and drop a pill into his wife’s cup. It should be made clear, in the interests of creativity, that this pill was not a pill of poison; it was a pill that was intended to prolong life and happiness in the pill-taker. Martin frequently dispensed such pills to patients in this pharmacy. But it was for sick people. Healthy people would possibly discover that their heart would begin racing irregularly and they would drop dead, basically from too much health! Such was the brilliance of Martin’s plan.

One day, with a wave of the hand, he surreptitiously dropped a pill into his wife’s cup of Camomile and Spiced Apple Tea infusion. That should finish her off.

“I know what you’re trying to do,” said his wife of seven years, pulling out a pistol concealed in her breast. She shot Martin dead.

God! No wonder Martin wanted to be rid of her. That woman was so crass.

Elaine was quite the wrong person to work in a pharmacy. The pharmacy was the sole pharmacy in the small town. Elaine knew everyone’s ailments, and she couldn’t help but let things occasionally slip.

“You shouldn’t be eating that,” she said to Nora at the church bazaar. “You know the doctor has put you on atorvastatin.”

“The doctor put Herbie on isosorbide mononitrate. I said to him that I hoped the heart specialist stopped the 100mg of aspirin, but oh no, he’s on both and I told him it will be the death of him.”

“Sheila must be the only one left in town who hasn’t succumbed to the flu. Of course, she never got the flu shot last Fall, which just goes to show how effective that flu inoculation really is.”

“Caroline has a terrible rash. She’s using the wrong stuff. I told her to use Silky Primrose Body Lotion. She didn’t listen.”

Elaine was sacked by the pharmacy. The Union fought for her; she had been unlawfully dismissed. She was awarded a large sum of money and had her job offered back. She refused to accept her job back. Someone else has now employed her, warts and all.