Here is a Serenade for String Orchestra. It is in five movements.

Monique played the oboe in the symphony orchestra. If the truth be told, she was a snob; an utter cultural elitist. When the guest conductor included a selection of Christmas Carols into the seasonal program Monique refused to take part. The orchestra was there to play masterpieces and not jingles. Composers such as Bach and Mozart and Beethoven and Tchaikovsky were high on her list. Even the contemporary composer, Haruto Takahashi, was worthy of consideration. In fact, Haruto Takahashi had been commissioned by the orchestra to compose a new work especially for them. The new work was to have a spectacular cadenza in the middle to be played solo by the oboist.

Oh the excitement! Oh the expectation! Monique and Haruto Takahashi were to meet to discuss the intricacies of the proposed 30 second cadenza. It was then that they fell in love.

Haruto Takahashi had a reputation for being a bit of a rake; but it was Monique’s behaviour that stunned the orchestra. The Woodwind Section in particular couldn’t believe what was going on. Monique had gone from upper class oboist to trollop overnight. Meanwhile, Haruto Takahashi had gone off to compose his masterpiece. Monique cast her eye around the String Section. And then the Brass Section. And then the Percussion Section. Oh that timpanist! He knew how to hit a thing or two!

Haruto Takahashi produced his work. There was a magnificent oboe cadenza. Unfortunately the orchestra had to employ another oboist. Monique was in Bermuda with a plumber she had met when he was unblocking the orchestra’s kitchenette sink. 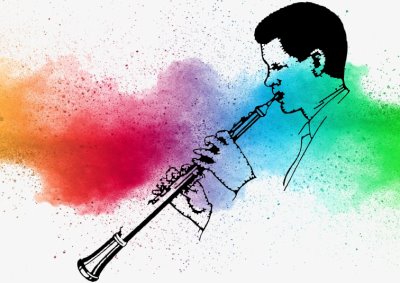 Last year (2019) for a New Year resolution I thought I’d write (after a many years’ hiatus) some pieces to play on the piano. It ended up being 181 piano pieces!

This year I thought I’d try to write some pieces for other instruments – but since I don’t play anything other than keyboard the audios are composed on what I have on my computer (which is what came with it when it was purchased over ten years ago – yes I know Windows 7 is obsolete).

Many years back I used to arrange and compose a lot of music for orchestra. I knew the strengths and restraints of most instruments. It’s now almost 40 years since I last wrote for orchestral instruments, so things have become a little rusty. However, the orchestrating tomes are still on the shelf and are coming in handy.

The last thing I composed for orchestra that was performed was for a circus! They wanted an entire circus performance not to be just a series of acts, but to tell a story. It was quite successful. After that, a university lecturer (since deceased) invited me to compose a piece for a youth orchestra. He furnished a list of instrumentalists. I was excited! I handed him the score, and the next day he said that the strings didn’t have phrasing and many articulation markings. (Don’t string players have any nous and pencils?) I added the markings, and the next thing was that he said there were too many double bass parts. I concluded from that he didn’t like the piece. I gave up and have since done other things. But here I am back again!

I am extremely reticent about foistering such compositions as these on the public. I feel some trustworthy readers might feel loyalty-bound to listen. But what else can I do with the jolly things?!

Desmond had only one thing on his bucket list: to conduct a symphony orchestra. For over thirty years Desmond had been to every concert the national orchestra had staged in his home city. If only he could wave the baton for one minute! He would slow the orchestra down; he would speed the orchestra up; he would increase the volume; he would lower the volume. Such power at the tip of a little stick!

Of course, he would need to have the music and all the parts written out for each instrument. Desmond had a piano background from way back, so preparing the music was nothing. Selecting the piece of music was more problematic. In the end he chose to conduct Percy Grainger’s 1918 arrangement of Country Gardens. It was short and catchy, and had already been arranged for orchestra. Desmond need only get hold of the parts or write them out by hand himself. And he did that; he wrote the parts out himself.

And then tragedy struck. Such tragedy happens to most of us. The doctor gave Desmond sad news: you have but a short time left. Desmond had many acquaintances and friends, but only one knew of Desmond’s sole bucket-list desire. That friend wrote to the symphony orchestra. He already has the parts written out for Grainger’s Country Gardens. He’s been to every concert in thirty years. The piece of music is short. Perhaps he could conduct it at a rehearsal? But hurry! He has but a short time left.

The symphony orchestra scribbled a reply at the bottom of the friend’s returned letter: “Certainly not”.

Miranda was one of those relatively rare women who rose to become the head percussionist in the city’s symphony orchestra. Hitting drums and triangles in the city orchestra had for years been a sole male entitlement. Miranda changed all that.

Her interest in percussion had begun when her dear grandfather passed away. Miranda was only seven, but she played Mary had a little lamb beautifully on the recorder. She was the only member of her family, apart from her grandfather, who showed any interest in music. Thus it was that Miranda became the possessor of her late grandfather’s kettle drums.

Miranda took lessons, and over time amassed a large collection of percussion instruments, from wee rose-wood claves to a huge bass drum. Her collection was missing just the one thing: a tam-tam. The gong that Miranda had in mind was huge. It would have to be imported from overseas. And it cost a pretty penny: around twenty thousand. The terrifying crescendo of a roll on a tam-tam would be worth every penny.

Not long after the arrival of the gong, Miranda saw an advertisement in the local paper. The local Repertory Society was staging The Mikado. Did anyone have a small gong? Miranda responded by saying that she had a large tam-tam but she would have to come and play it herself – because of its value.

The excitement! The local amateur orchestra was over the moon. Daphne, the head violinist, told Miranda that it was indeed a profound honour, and she entered into Miranda’s confidence: “Watch out for the oboist. He’s a lecherous rake if ever there was one. He can’t keep his hands on his oboe.” And indeed, that was true. He was all over Miranda in the first five minutes. He even patted her bottom during a scene change in the rehearsal. Miranda turned on him. “Keep your hands to yourself, you little weasel,” she sneered.

The next day Miranda arrived for the rehearsal. She had left the tam-tam in the theatre overnight. It had been overturned. It was lying flat on the floor. It had split down the middle. It was useless. Clearly someone had picked up the great gong stick and walloped the tam-tam with all their might – rather like has been done for decades in the opening titles of the films of General Film Distributors. The tam-tam and its stand had fallen over.

Given the expense, the city’s symphony orchestra has now been minus a tam-tam for the past thirty-two cultural seasons. After all these years, Miranda still wondered if the oboist was involved.

(This poem continues my decision this month to post poems I wrote fifty plus years ago – this week’s poem was written around about when I was 19.)

If your heart is clawed,
Fuoco, Giocoso.

If you are free,
Calando, Dimuendo.

Speed up for the last movement.

Today’s music posting is a little self-indulgent. Usually I try to create a simple-ish piece (often for children). This day I not only post a photo of me! me! me! going for a walk, but the music is the 3rd movement from a longer piece I wrote. I don’t have a recording of an orchestra playing it, so I fed it into my putt-putt computer. It doesn’t do it justice, but anyway…

The style of music is not everyone’s cup of tea, but it is the style I usually write in and prefer… 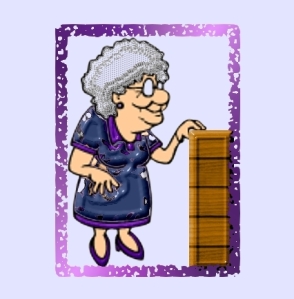 The famous orchestra conductor had come all the way from England to New Zealand. He was to conduct the city’s symphony orchestra in a series of summer concerts. His wife travelled with him. She was a tiny woman, with grey hair and glasses. The famous conductor asked the orchestra if they minded if his wife sat in on the rehearsals. She would be as quiet as a mouse. Of course they didn’t mind!

So there she sat at the back of the auditorium, with her knitting. The orchestra were rehearsing Ravel’s Pavane pour une infante défunte. The music went very soft. Pianissimo. Shhh! Shhh!

“Um… excuse me,” said the lead flautist to the conductor. “Your wife’s knitting needles are a little too loud. They are a distraction.”

The sweet lady apologised. After that, she didn’t knit. She sat down the back and read Mills and Boon novels. Paperback romances! Such a sweet, little old lady! The orchestra appreciated the conductor, but (my goodness!) behind their music stands they made little jokes about his wife.

…and we are honoured that his wife is on vacation and travelling with him. Dame Magdala Snodgrass is the Chief Justice of England and Wales…