Interviewer Fiona: Welcome to the Fiona Stratski Hour. Tonight’s guest has a fabulous history in fighting street crime. You won’t want to miss it. And so, Harold, thank you for coming on the show. I appreciate it very much. You are an expert on petty crime and it’s a topic that badly needs some clear thinking in this day and age. The percentage of petty thefts, especially in lingerie stores, has sky-rocketed over the past twelve months. Not just fancy lingerie but basic underwear such as boxers and sheer lace negligées and the like, and yet my mother-in-law couldn’t find anything that would satisfy her needs – she takes a bigger fit – after her local underwear store had been plundered by feckless thieves and also she couldn’t find any butter this was in a separate store because the place she usually buys butter of course is not in the same department store and you being an expert on the problem know exactly what needs to be done by the state’s attorney general and yet she seems hell-bent on making everyone’s life miserable by  releasing prisoners and letting them roam freely on streets ready to mug old women and push them into the path of oncoming trains. We’ve only thirty seconds left. Your comment? I mean we can’t sit around and let such things happen and do nothing and the district attorneys have to take some responsibility for the chaos that seems to govern our society today.

Harold the Expert: Yes, and…

Interviewer Fiona: And it’s not just underpants and butter it’s every commodity under the sun and it’s not that the goods can’t get from the airports and seaports to the stores it’s more that once the goods are here they get freely plundered mercilessly by thieves with a record and no conscience.

Harold the Expert: Thanks for having me on your show, Fiona. Your monologue at the start was exactly what people need to hear, and you seem to be the only one who had the guts to talk about it. You ask a good question and thank you for asking it and…

Interviewer Fiona: That’s all we have time for. Thanks to my guest, Harold the Expert for his in-depth analysis. Don’t forget to set your video recorder so as not to miss a word that falls from my lips, and remember, we are the program that stands up for the little people from sea to shining sea. And don’t forget to subscribe to my podcast and buy my book.

Almost an entire section of New York was in darkness after an electrical explosion put a stop to trains and traffic lights. What a shemozzle! And the mayor of the city wasn’t even in town. No one could cook their dinner. It was useless going out to eat as the restaurants too were without power. Theatre performances ground to a halt. Nancy Tubman, the rising darling of Broadway, was half way through singing “Somewhere over the…” when the blackout hit. For two and a half hours residents were subjected to darkness. One can only imagine the havoc that will ensue once the Russians gain the power to flick a switch on the entire city. Congresswoman, Eliza Muktha Zaiton, from California said, “This power blackout in parts of a suburb of New York was yet another manifestation of global warming and of the racism that has gripped the country. So step up and shut up.” Hector Tronkwell of the Hollywood Actors’ Union said that “This effing halting of effing Nancy effing Tubman, the effing rising effing darling of effing Broadway, half way through her effing song was yet another effing example of where we are effing at.”

Not the Breaking News:

Mrs. Claudia Jones said she had been living in a tent on the street with her three children for four months now. With winter fast approaching Congresswoman, Eliza Muktha Zaiton, from California, said something needs to be done to fight the cold so she is supporting the removal of all tents from city streets. 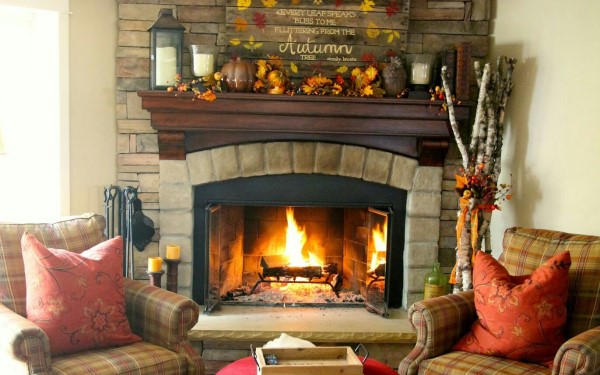 A bomb kills over there,
eight soldiers die somewhere, and far
away fancy film stars
rant, silken voices jarred with beeps.
A drug-drugged druggy weeps;
some politicians speak about
corruption. Stamps and shouts
and blood and hurts and pouts invade
the family room. Love fades.
Fall evenings fall. They’re made for guilt.

Mrs Myrtle Capstick, a widow, has struck it lucky. She had a dream with the lottery’s winning numbers. She used those numbers and is now $1,000,000 richer.

“I knew the minute I woke up that these were my lucky numbers, so I wrote them down,” said an overwhelmed Mrs Capstick.

Dr Harry Shinburg, Professor of Mathematics at the University of Myrtlebridge, said the chances of that happening were astronomical. “It’s astronomical enough getting all six numbers in a row, but to get them in a dream is astronomically astronomical”.

Vladimir Staffordshire, secretary of the Sceptics’ Society, said that sadly there was no creature in a parallel universe waving the numbers at Mrs Capstick in a dream. “It’s a fluke,” he said. “That’s all it is. There’s nothing preternatural about it.”

Over three hundred comments have been made on the social media. Many say they’ve had a similar experience, although the prize money has been considerably smaller. Norma Booner said, “Wow! Wow! One million! In a dream! Wow!”

“I’m just over the moon,” said Mrs Capstick. “Just over the moon. I received these numbers in a dream. Call it what you will, it happened. Ironically, the first thing I want to buy with my money is a new bed and mattress. If only my husband was still alive to share the excitement! Who said dreams don’t come true? I’ve never won a penny before. To think, after forty-seven years of taking these same dreamed numbers and it’s at last paid off!”

A neighbour has complained. It’s all there on the front page! Complained! She said it was an ugly driveway. She’s trying to sell her house and the next-door famous sports star has ruined her prospect of selling by putting in an ugly driveway.

But wait! There’s more! A third item on the front page, complete with a coloured photograph, states that the Prime Minister spends ten minutes each morning reading the morning paper! The national morning paper! Our paper! The same paper as me! He does it, he says, to keep up with what’s happening in the world.

Just on that alone, the editor should get a pay rise I reckon.

Listen the story being read HERE!