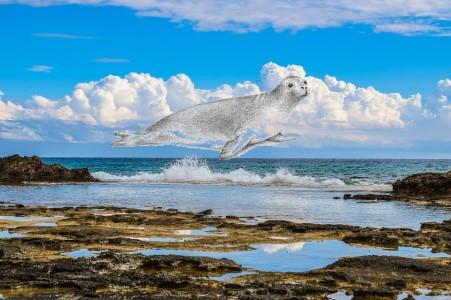 Mitch never realized it would make him a billionaire. He woke up one morning and discovered he was a billionaire. He had developed a technique to “resurrect” extinct species. It wasn’t that fancy a technology, Mitch thought. He was simply doing his job, and next thing there was a dodo running around his back yard.

The Forest and Bird Society made him an honorary lifetime member. Every ivy-league university with the slightest tinge of green conferred on him an honorary doctorate. The accolades and money poured in. Mitch thought it time he showed his appreciation for such benevolence. He held a feast and invited all these kind people.

Just to show how humdrum the process was – how easy to recreate extinct species – Mitch served up extinct Passenger Pigeon Pie, followed by a roasted extinct Caribbean Monk Seal. No one touched a thing.