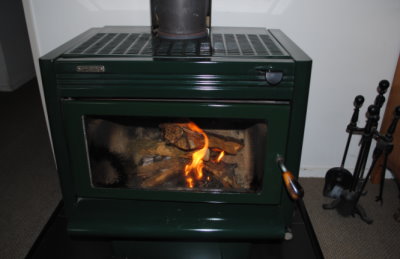 “I can’t think of everything at once” was Bella’s way of not only trying to find a reason for what happened, but her way of coping with the situation.

Dale had left Bella quite unexpectedly. One minute they were happily married, or so Bella thought, and the next minute he’d upped and left and was cohabitating with that floosy from the confectionary shop down on the corner of Shelley Street. Bella had no idea what he saw in her. And now Bella was on her own. The dividing of the matrimonial goods hadn’t as yet happened, but Bella was ensconced in the joint house and she wasn’t budging for the time being. Besides, it was winter and the house had a log fire and lots of firewood stack in the shed. She would cope.

On a rather chilly winter’s evening Bella discovered she had let the log fire go out. Dale had always set and lit the fire but she wasn’t entirely impractical. She screwed up some pages of newspaper and wigwammed some kindling over the top of it. That was when she discovered that she couldn’t think of everything at once. Dale had always lit the fire with his cigarette lighter. There were no matches in the house. Matches had not been on her grocery list.

Of course it was a silly idea, but Bella had heard since early childhood that primitive humans started a fire by rubbing two sticks together. She didn’t have a clue how to do it, and suspected very much that it wouldn’t work anyway. For a time she thought she would stay warm by wrapping herself up in blankets. She would buy some matches tomorrow. But then Bella thought of a solution.

She rolled up a sheet of newspaper tightly. She went to the kitchen, turned on the toaster, and from the element of the toaster she lit the rolled up newspaper. On the way to the wood burner with her burning torch she brushed past the lacy curtains in the dining room.

It’s always a shame when nothing is insured.