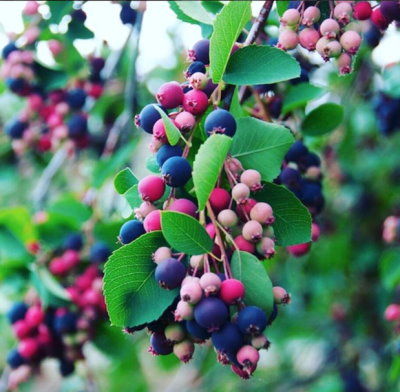 Marcia was an expert at wild berries. Not just blackberries, and strawberries and raspberries, but berries with a difference; elderberries and huckleberries and chokeberries and saskatoon berries and muscadine berries. The list was endless. There were all sorts of wild berries that people ignored that were edible. Not all were harmless of course. Some were rather deadly, such as holly berries and pokeweed and ivy and yew tree berries.

Gathering wild blackberries was how Marcia met her husband, Michael. A group of youths had gone out blackberrying one summer, and Marcia and Michael got lost. They eventually found their way back, but it was the beginning of a romance. Two years later they married.

Michael loved the way that Marcia knew all the wild things to eat (and not to eat) and the recipes to use.

“If a famine strikes the land,” he used to say, “we’ll be the only couple to survive.”

But as the marriage wore on Michael became domineering and abusive. Marcia was at the end of her tether.

“Why don’t you make one of those wild berry pies you used to make?” said Michael. “Instead of moping around doing sweet nothing, you lazy cow.”

That gave Marcia an idea.