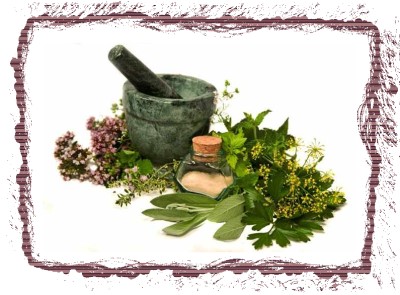 Aunt Sylvia was well-off. Everyone knew that but only Aunt Sylvia knew by how much.

She was a spinster and lived alone with a few simple interests to occupy her time. Her main interest was growing herbs. She didn’t have a huge back yard, but every square inch of it was used for growing her precious herbs. Then she would dry them, bottle them up, and give them away as gifts.

Every year her niece, Penny, got the same Christmas present: a collection of a dozen or so delightful dried herbs tastefully presented in diminutive pots. At least, Aunt Sylvia thought things were “delightful”. Niece Penny didn’t think much of them at all.

“Quite frankly,” said Penny into her cell phone, “you’d think she would have better things to do with her money. More dried up stuff this Christmas. I usually throw them away. Basically, we’re waiting for her to die so as to get our hands on the inheritance.”

Several months later, Sylvia died. Penny was beside herself with excitement. And indeed, she had every reason to be excited, for Aunt Sylvia had left Penny her entire fortune. The will said: “Give the lot to my dear niece Penny, now that, at last, I’m dead.” So Penny got the whole seventeen dollars and forty-two cents – after funeral expenses. There was no bank account teeming with loot, for several months earlier Aunt Sylvia had donated it all to the Horticultural Society.

Rosemary was very proud of her herb garden. She had parsley, sage, rosemary and thyme (of course), and chives, fennel, coriander (which she called cilantro), mint (in a pot because it spread like wild fire), basil, dill, horse-radish (also in a pot), marjoram, oregano, chamomile, echinacea, turmeric, cumin, garlic, crocuses (for saffron), ginger, cardamom (the plant that gives the green cardamom), and yarrow.

She didn’t have borage because she had read somewhere that its leaves were toxic. And she had a bay tree, and a tree for pine nuts, and a tree that furnished both nutmeg and mace, but they were too big for the herb garden.

All her friends said the same thing: shame she couldn’t cook.