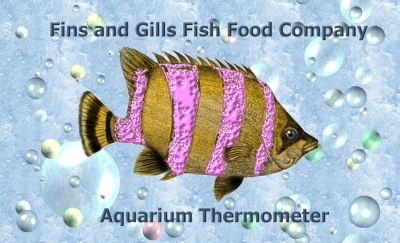 Basil’s job was to design labels for fish food packaging. He had worked for Fins and Gills Fish Food Company for eleven years. Being a graphics designer, the Fins and Gills Fish Food Company was the last place that Basil would have thought he would end up. But the fish food company produced such a variety of aquarium products that a permanent packaging designer was called for.

As you can probably imagine, eleven years working for a fish food making establishment would drive anyone crazy; even thick, boring people. And drive Basil crazy it did. He was thick. He was boring. Now he was crazy. At first his idiocy was almost imperceptible; for example on the packaging for an aquarium thermometer he coloured in the picture of a Siamese Tigerfish so that it looked like it had pink stripes. Pink stripes! But things went from bad to worse. Oh no! Oh yes!

Everyone noticed. You couldn’t miss it. In every packaging picture the fish were naked. Completely starkers. Not even a fish wearing skimpy underwear. Responsible parents could no longer purchase Fins and Gills Fish Food for their children’s goldfish bowl. The fish food business went out of business. Basil was left without a job. Meanwhile, little boys sniggered at the fish food packets that they kept hidden under their iPads. Even the fish food display at the International Fish Food Museum had to cover up the Fins and Gills Fish Food packing boxes. As Ms Myrtle Browningham of the Fish Food Manufacturers’ Union said: Disgusting! Nude fish! What will they think of next? It’s sickening.

And that’s the naked truth.