Catriona had put a lot of work into her family photo album. It wasn’t so much an album; it was more a family tree. Each old photo was accompanied by a brief biography of who was who and what they had achieved in their lives. Catriona nonchalantly kept the album on her coffee table. Visitors would dip into it while Catriona was out in the kitchen making the tea and quickly baking a batch of edibles.

Here was a picture of her great great grandmother who single-handedly had confronted a whole tribe of warlike natives demanding money.

Here was a picture of a great uncle who used to ferry people in his rowboat, one person at a time, across the raging Lualaba River in the Congo.

Here was the highest in command saved when his ship was torpedoed in the war. That was her grandfather.

There is no doubt that Catriona’s ancestry was riddled with heroines and heroes. It was extraordinary how bravery can be passed on from one generation to the next. Was it Nature or Nurture?

“Perhaps it’s a bit of both,” Catriona would say, “although there are some people in my tree that are not yet in the album. If the truth be known, they were quite ordinary!”

Indeed! If the truth be known! The whole thing was a fiction in Catriona’s world. She had been adopted at birth. She had no clue who her biological parents were. Murgatroyd, a visitor from Little Ivywood Hamlet, pointed this out.

“Heavens to Murgatroyd!” exclaimed Catriona. “This is the family tree of my adopted parents. Family is not in the genes; it’s in the heart. And this is an album of my family.” 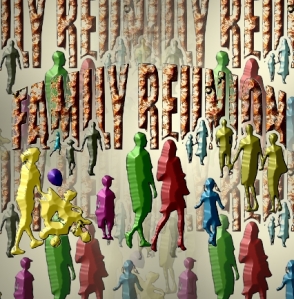 It was a family reunion. All descendants of Valmai and Norman Watts and their seven children were invited to gather in the rural war memorial hall. By now there must be hundreds of descendants, from near and far. It was way back in 1862 that Valmai and Frank Watts settled in their new country on a wild piece of land far, far from anywhere.

How exciting! Frankie had always been interested in family history. Of course he would attend. He travelled over three hundred miles to be there.

He struck up conversation with Patricia. She was a second cousin twice removed. Her granddaughter was named Alberta after a great aunt who was born somewhere in Canada, and she married Bert and that brought her into the family, Bert being the brother of Freddie and Laurie. And she had four other grandchildren, one of which was Valmai, but she didn’t know at the time that her great-great-great grandmother was also called Valmai. Isn’t that wonderful?

And then Frankie struck up conversation with Hector who was turning sixty-five next Christmas, because he was born on Christmas Day and had named his three children Merry, Joy and Noel in honour of Christmas. And Aunty Leanne had done a similar thing, and he had fourteen grandchildren, four of whom were illegitimate but that didn’t matter, did it? because it was still the blood line of the original ancestors although the four had disappeared off the map having been adopted out.

Then Frankie struck up conversation with Angela who had married a Dutchman, but they were divorced, but not before she had three children who are all here. There’s one of them over there with the blonde hair. She’s got two kiddies with another on the way, and we must be fourteenth cousins or something like that, and isn’t it fascinating to see all these people. Would you like to see photographs of my grandchildren?

Next Frankie… blow it, he thought, I should really leave. He had nothing in common with anyone, except for some of his genes, and none of that seemed to matter. Everyone seemed caught up in their own little world. He himself didn’t have any kids. He had the same conversations about other people’s kids during the Friday end-of-week drinks at work. But, then, he thought he’d wait. He had an announcement to make.

Come the official toast and Frankie was to give a little speech; he being something of an amateur historian amongst the assembled genetic gaggle.

“You do realise,” said Frankie, “that our ancestor, Norman Watts, was gay. The marriage was one of convenience. Every one of their seven children was fathered by a different neighbour. He himself lived in a little shed down the back of the garden. No one here, just no one, is descended from Norman Watts.”

Well, that sent shock waves through the assembled mob. It wasn’t true, of course, but it certainly stopped everyone from spouting on about their grandchildren.

Listen the story being read HERE! 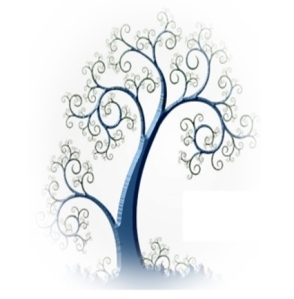 Ignatius was researching his family tree.

“All our ancestors have one thing in common,” he said to Sadie, his great aunt.

“What’s that?” asked Sadie, with a worried face.

“They all died,” joked Ignatius.

Sadie laughed. “You shouldn’t be doing that,” she said. “You should let sleeping dogs lie. You never know what you might turn up.”

“It’s none of our business,” said Sadie. “People make mistakes in life. We should leave them alone.”

“Well, for example,” she said, “people might discover that their parents are not their real parents.”

“I know nothing,” laughed Sadie.

When Sadie died a few years later, she took a secret to her grave. It was a profound secret. One that would have made Ignatius throw away his family tree research and start again from scratch. But he didn’t know. And there was no way now he ever would, could or should discover it.