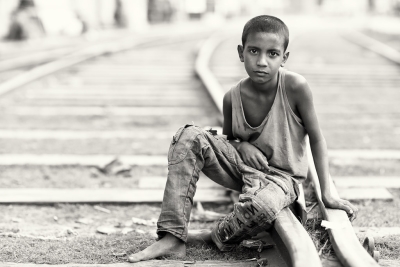 (Thanks to badfinger20 of PowerPop… An Eclectic Collection of Pop Culture for the opening sentence).

Nine-year-old Marty secretly buried a box next to his parent’s house. Why? I hear you ask. And what was in the box? Even though it’s secret, some of us are party to the information. But first, we must backtrack a little to provide some context.

Marty had lived an eventful nine years. He had been shuffled from one foster home to another. Eventually he was claimed and adopted by his biological parents who regretted giving him up nine years earlier. What became obvious very quickly was the reason they had given Marty up for adoption in the first place: they were incompetent parents.

Neither parent worked. Mom got drunk every night. Dad was hardly ever home; he was out doing whatever it is that grownups do. Marty was always hungry. In many ways he was the only sensible person in the household.

Anyway, he had no trouble getting rid of the bodies. It was the tell-tale kitchen carving knife he was most worried about.

Oh to think! A world famous group of sports men and women were visiting from another country. The host country wanted to give them a taste of the domestic home life in the host country. Each sports person was billeted out to a different family. The Smith Family were to host Vlad. He was an Olympic Gold Medallist in Cycling.

Sam Smith, the son of the host family, was over the moon. Vlad was his hero. Oh but what a disappointment! Sam Smith couldn’t be home for the night that Vlad was to stay. His mother would get an autograph – and give a blow by blow account of how things went.

“Dear Sam, Vlad has come and gone. I’m afraid your father rather let us down. Our guest brought a bottle of vodka for us and your father decided to show how much he appreciated the gesture by drinking it all. He’d never touched vodka in his life. Then he started singing some rather bawdy songs he knew from when in the Navy. Terribly out of key, and then singing his own words to the Song of the Vulgar Boatmen. I was glad you weren’t there; you would’ve heard words you wouldn’t know existed. It was a relief, when before we’d even sat down to dinner your father went off to bed. He was out to it. Vlad seemed to enjoy his meal; in fact he seemed to enjoy the whole episode judging by his laughter. It was such a pity he couldn’t understand English, but I suspect he didn’t need to.”

(The poetic form selected for this month is the Standard Habbie aka Burns Stanza).

Seasonal comparison
Seems to be the thing that’s in:
You’re like a summer’s drink of gin –
At first all pop
But once the alcohol sets in
You’re really hot.

I’ll pour myself another one
And when that’s drunked I think I’m done
And hope we could be in for fun.
You leave? Aw super.
Why go before the night has run?
Party pooper. 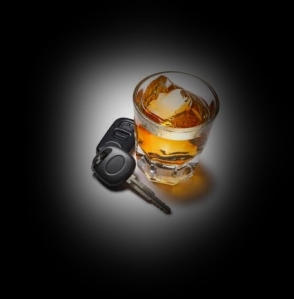 Garth frequently imbibed too much booze, especially if he was at a party. Don’t get me wrong; he was responsible. He wouldn’t drive himself home if he’d had a drink. He always got someone to drive him.

He was always very grateful.

“Just stop here,” he’d say. “This is right where I live. This is my house. But wait! How will you get back yourself? It’s too far to walk. Let me drive you back.”

Gilbert and Adelaide were veritable animals. They were out-and-out hedonistic pleasure seekers. The only reason they never got totally blotto at a party was because they knew if they got drunk out of their brains they couldn’t party until sunrise.

And then one party Gilbert got sloshed. He ignored Adelaide and started sidling up to Allison. Yeah, that was a mistake.

That made Adelaide knock back a few swigs of the really strong stuff, and she then started to get nasty. She could hardly stand, but she managed to pick up a couple of bottles and throw them at Allison. Gilbert slurred a “what do you think you’re doing?” comment and Adelaide threw a chair at him.

The whole thing grew into a full scale brawl with everyone joining in and the police were called by some little wall-flowered nerdy old fart sitting somewhere in a shady corner.

The police had a hell of a time trying to get control. The house was trashed. Trashed.

Anyway, that was forty years ago. Gilbert and Adelaide made up and got married and today are proud grandparents of eleven grandkids. Adelaide in fact is the mayor of the city, and Gilbert is a highly respected neurosurgeon at the general hospital.

When Donal had had a few drinks he’d become quite imprudent on the internet. The next morning he’d regret it, but it would be too late. The emails had been sent. The comments had been made.

He informed some people of a particular ethnic background, that niger was the Latin word for black, and Latin was an acceptable language.

He informed women’s groups that filling the sink was fulfilling and why not give it a try?

He informed some liberal politicians that if they came near his house he’d shoot them.

He informed spammers that he knew where they lived and that their kids weren’t safe.

He informed indigenous people that they lost their land and “just get over it”. There was nothing that a good game of Cowboys and Indians wouldn’t solve.

To sum up: although he was computer savvy, he died drunk, unhappy, friendless, twisted and embittered.