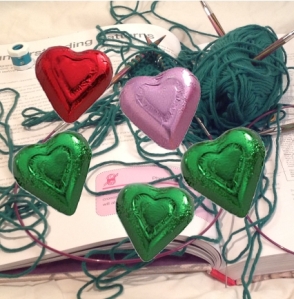 Aunt Lola was a drunk. She’d start drinking at about nine o’clock each day and would be drunk as a skunk by lunchtime. She used to knit, and half the time she didn’t know if she was knitting purl or plain, but it didn’t matter because she had no clue whether she was making a pullover or a pair of socks.

And selfish! She’d ask if anyone wanted a chocolate, and she’d produce a big box of chocolates, and when all the kids said “Yes!” she’d take a chocolate and unwrap it slowly and pop it in her mouth and say “Ha ha ha”. Everyone else got nothing as she slowly sucked on her chocolate.

And dirty too. I don’t know if she ever showered. She stunk. Apparently when she died they had to use a pair of scissors to cut her underwear off. It was stuck to her skin. Yuck!

She was one of the nastiest people I have ever met. A total conniving vixen, if you ask me.

Finally, I’d like to thank her kids for asking me to speak at her funeral today. 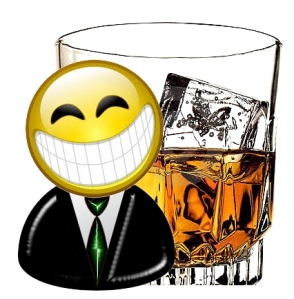 Twice in the past year there had been an office party to celebrate excellent business successes. Twice the big head sherang* had driven all the way from New York for the occasion. Twice Ivor had enjoyed the celebration drinks, and twice he had embarrassed himself by drinking too much whiskey. It wasn’t that he was a drunk; it’s simply that he enjoyed the occasion, for he was responsible by and large for the business successes they were celebrating.

But embarrassing! My goodness! If they ever had another celebration he would stick to lemonade.

And now the big boss from New York had phoned to make an appointment. Would Ivor mind driving to New York as there was a relatively serious matter that needed to be discussed. It was a personal matter. Ivor knew it was about his drinking. He just did.

All the way to New York in the car Ivor practised what he’d say. Yes, he could not deny it. Yes, he had imbibed too heartedly. Yes, it was his fault. Yes, it wouldn’t happen again. Yes, he was prepared to get help if needed, although he didn’t regard himself as an alcoholic as such. No, he didn’t believe he was in denial. Yes, sir, I agree with whatever you say.

The time had come for the interview. Ivor’s hands were sweaty. He’d forgotten everything he’d rehearsed in the car.

They were opening new offices in Baltimore, said the boss. Would he be interested in being in charge? It would mean uprooting to another city. It would mean a $70,000 annual pay increase.
Ivor went weak in the knees. Yes, he said. Yes, sir. Whatever you say.

Great, said the head sherang* reaching below his desk and pulling out a bottle of whiskey. Shall we celebrate?

* Since writing this I’ve learnt that the phrase “head sherang” is not well-known outside New Zealand and Australia. It simply means boss – the one way at the top. One probably wouldn’t usually refer to the manager of a local K-Mart store as the “head sherang”; K-Mart’s head sherang would be the person overall in charge of the entire chain.