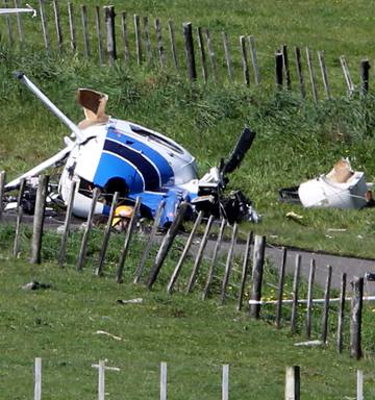 Hailey had always known that when (not if) her husband fulfilled his lifetime dream of going for a ride in a helicopter it would end in disaster. Maybe the helicopter would hit a tree or power wires. Maybe it would cease suddenly to function and plummet to the ground. Maybe the pilot was on a suicide mission. Whatever the cause, Hailey knew it would end in tragedy.

And, of course, her husband’s lifetime dream was about to come to fruition. He was going for his helicopter ride next Thursday. His grown-up kids had given him a helicopter ride as a 50th birthday present. Poor Hailey. Not only would it end in tragedy, but such a tragedy would ultimately be caused by the children. How could they live with it? How could they forgive themselves for having killed their father?

Thursday came. Hailey refused to drive him to the airport. He could drive himself to his own demise. She had warned him enough. He left home about 9 in the morning. The ride was scheduled for 11. “Dear God,” prayed Hailey, “dear God, made the end quick. Do not let him suffer unnecessarily.” She could not bear the thought of him bleeding slowly to death in an isolated field somewhere between the airport and where ever it was they were going. “Oh God, make it quick”.

Hailey turned the radio on to catch any snippet of tragic news. Each time the radio approached the top of the hour when the news was broadcast, Hailey would turn the radio off. She could not bear to listen.

It was now four hours since the helicopter flight. The excursion was scheduled only for an hour. Hailey was in turmoil. He’s late. He’s late. She would have to face the whole business of the funeral and sorting out the finances. Would she stay in the same house? How would she get to the airport to pick up the car? Where was she meant to go from here?

The doorbell rang. This was it. Hailey did not want to answer. She plucked up courage. She opened the door.

It was her husband. He’d forgotten to take the house keys when he left. 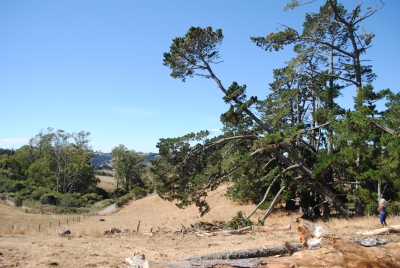 “It’s a beautiful summer’s day,” said Anton to his wife, Megan. “It’s the perfect day to cut down that pine tree that’s been blocking our view of the mountains.”

“It’s too dangerous,” said Megan. “You always said you’d get it done professionally. You don’t know much about cutting down a tree. You’ve only ever used your chainsaw to cut up logs that have already fallen over.”

“It’s no bother,” said Anton. “I’ve seen people do it, and I watched a video on how to do it as well. Today’s the perfect day for it.”

“Just think of your three kids,” said Megan. “They don’t want a tree falling and killing their father.”

“Balderdash!” said Anton. “I’m doing it. And we can cut up the tree and dry it for firewood.”

Time and time again in life the inevitable happens. Anton stubbornly took his chain saw out to the huge pine tree that was blocking the view of the mountains. He began to cut the tree down.

“TIMBER!” shouted Anton as the tree fell. “How exciting is that! See! It’s down and I’m still here. It simply takes a bit of know-how. Now to cut up firewood.”

By one in the afternoon Anton was dead. Heat stroke. 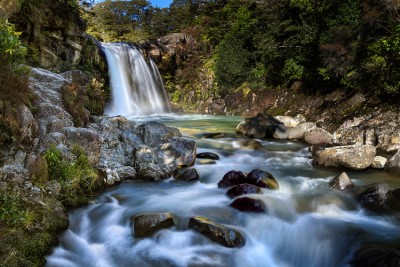 Eddie always joked as a kid, when asked what he wanted to be when he grew up, that he wanted to be a daredevil. He loved stories of people being shot from cannons, or motorbikes jumping over cars, or people going over huge waterfalls in barrels.

“It’s a stuntman, not a daredevil,” his father used to say. “And it’s not a good idea to be one of those unless you want to die early.”

Eddie took no notice. He set up a rope, only a few feet off the ground, and taught himself to walk a tightrope. Now that he was a teenager he found an even scarier challenge. If he climbed over the barricade fence at the local raging waterfall where the sign said DANGER! KEEP OUT! he could walk the slippery ledge that went underneath the waterfall and came out the other side. It was a clever thing he displayed to his friends. His girlfriend used to shriek in fear but secretly she rather admired his daring.

Anyway, he last did it several weeks ago. They still haven’t found the body. 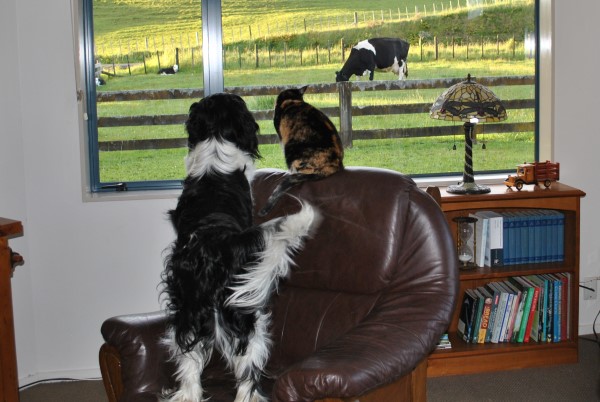 Danger lies all about us!