Maybe you don’t know what a grey warbler is. I am a grey warbler. I’m a bird. I’m grey and I warble. I want to tell you what happened to me and my partner last spring.

Together we built a little nest. It was a hanging, enclosed nest. I laid four little eggs; it took me eight days to lay them. They were white with reddish speckles. It was very strange because one of the eggs was olive green. It was very pretty. I was very proud of it.

Then when they hatched, the baby from the olive egg grew a lot faster and scratched the other three out of the nest and on to the ground. We had a terrible time trying to feed the remaining baby; it was always hungry. Then when it was ready to leave the nest we realized something: it was a Shining Cuckoo. We had been duped.

I was so glad when several months after leaving the nest it took off to spend winter in Australia.

My partner and I, since the event described, made another nest. I laid three eggs this time and they all grew into the most beautiful birds you could imagine!

Click HERE to listen to the New Zealand Grey Warbler. 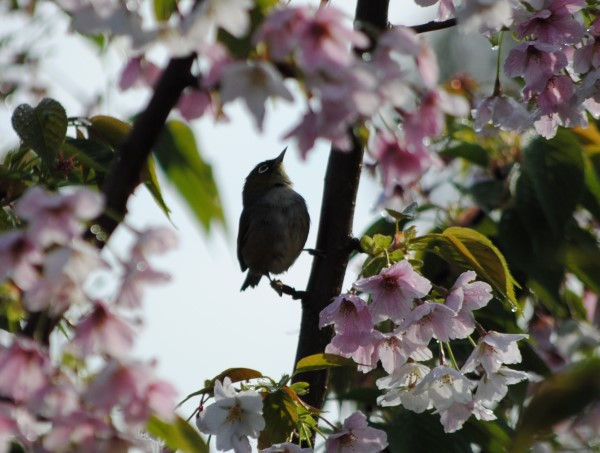 Spring has almost sprung Down Under,
Then summer will rip spring asunder.
But first the cuckoo ‘cross the tundra
Sings a lot.
Our cuckoos whistle! What a blunder!
I quite forgot.

Then let us think of little lambs
Cavorting round with new-born charms.
All hardened hearts are then disarmed.
What a clot!
They’re born in winter on the farms.
I quite forgot.

Let’s call to mind the blossom trees!
Their beauty brings us to our knees!
Pinks and whites in gentle breeze.
I’ve gone to pot!
The florets burst in frosty freeze.
I quite forgot.

Springtime comes all to and fro,
The ducklings hatched a month ago,
Mountains may still get some snow.
It’s ordered not!
The spring’s a messy dance you know.
I quite forgot. 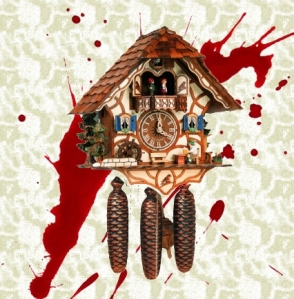 Yes, said Blanche, the cuckoo clock was my grandmother’s. I just love it. I’ve known it since I was too small to remember. I was thrilled when Grandma gave it to me. I thought she was going to give it to another grandchild. Of course, she gave it to me the very morning she was murd…

And then after all that, the body was eventually discovered. Who would’ve thought to hide a body there? Right bang in the…

There was no motive. Nothing in the house seemed to be touched. So the murderer wasn’t looking for money it seems. Not a finger print to be found. Only the prints of a few close relatives, including mine! I had visited Grandma only that morning. That’s when she gave me the…

Dear Grandma! Such a shame she had to go so suddenly and violently. The police have given up the case now because all clues ended in a dead end. They couldn’t of course find the weapon. It had to be something heavy. What mystified the police was the shape; sort of a pine cone shape. But it had to be heavier than a pine cone…