The Canasta Club was a thriving retired persons’ venture in the town. Every Thursday evening about sixty people would gather to play canasta and socialize.

As with every such group there is always a head gossiper. Cushla was such. Not a snippet of intrigue escaped her attention. This week it was about Damarius. Damarius was over in the corner with his group playing canasta, and Cushla was on the other side of the room with her group.

“Did you know,” said Cushla, “that Damarius’ old truck was parked outside the only pub in town for several hours? I believe that can be interpreted only one way; he has a problem with drink. He clearly needs to seek help. There’s a club somewhere in town for alcoholics that meets regularly. With his truck parked outside the pub for so long it definitely points to his alcoholic tendencies.”

This juicy piece of gossip was quietly spread from card table to card table. “Damarius is an alcoholic. His truck was parked outside the pub for hours, and everyone in town knows that truck.”

Later, he parked his truck on Cushla’s driveway, took the keys, and left the truck there all night.

It was a dark and stormy night. Rhoda droned on and on reading her week’s effort aloud at the Writers’ Club meeting. The rain fell in torrents — except at occasional intervals, when it was checked by a violent gust of wind which swept up the streets (for it is in London that our scene lies)…

“Don’t you know,” interrupted Cassandra, “that the passage you are reading, claiming it to be your own, is familiar to everyone in this room? We all know it’s straight out of Wuthering Heights.”

“It’s not,” declared Rowena. “It’s Jane Austen. The Tenant of Wildfell Hall if I remember correctly.”

“It sounds like Charles Dickens to me,” added Wilfred.

Things grew into a cataclysmic argument. Rhoda droned on as if nothing was happening. …rattling along the housetops, and fiercely agitating the scanty flame of the lamps that struggled against the darkness…

Arnold got out of his chair and stormed out of the room. “You people are so thick. This is a waste of time. And I’m not coming back.” He was closely followed out by Meredith.

“Good riddance to them both,” declared Declan. “Goodbye to both of them and the affair they’re having.”

“Thanks for that reading, Rhonda,” said Phyllis. She was chairing the meeting. “That’s got rid of them and their loud negative opinions of our weekly efforts. Thanks to Rhonda and the writing of Sir Edward George Earle Bulwer-Lytton we can get on with sharing our weekly efforts uninterrupted.” 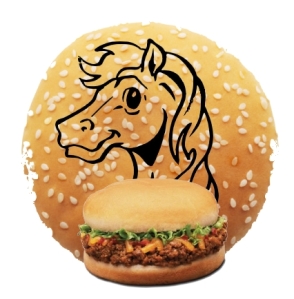 Connie’s mother was a nasty piece of work, but a fabulous cook. She detested the fact that her estranged husband, Connie’s father, had given Connie a pony for Christmas. And now the field, where she used to keep one or two goats (for catering purposes), was used entirely to feed the pony.

Nonetheless, Connie’s mother accepted the invitation to cater for the local Pony Club’s Annual Feast. It paid well. Connie’s mother did it for the money, which was more than satisfactory.
At the feast, Connie was able to advertise. Has anyone seen my missing pony? It disappeared about a week ago.