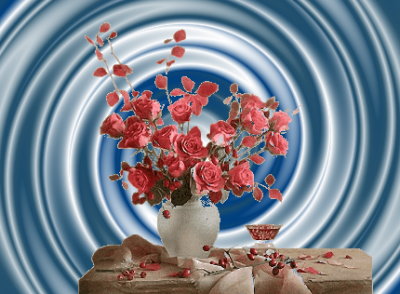 Barry was having an affair. The whole village knew about it. No wonder Melissa had left him. This had probably been going on for months.

No one had a clue who the woman was that he was having an affair with. Was it someone they knew? Was it someone from out of town? No one had seen her. What they had seen, and rather regularly, was a bump in the backseat covered in a blanket. Barry’s car was always firmly in his garage with the automatic door solidly shut before who-ever-it-was undoubtedly emerged from under the blanket in the back seat and entered the house.

The village was a tight knit community. They cared about each other, and not knowing the identity of Barry’s lover was driving them crazy. Anne proposed a plan.

Barry had a large garden. This was a remnant from when Melissa ran the house. “It’s my turn,” said Anne, “to do the flowers for the church this coming Sunday. I shall go and ask Barry if we can have some flowers from his garden for the church.”

It was a brilliant plan! While there Anne would poke around for clues. Perhaps the lover might be spied. Perhaps Barry might drop a hint.

Sunday morning came. The church flowers from Barry’s garden were gorgeous. Anne was to be congratulated. But did she find out anything of interest?

Everyone pretended not to be disappointed.

Anne breathed a sigh of relief. Her secret was still safe.

My dear brothers and sisters. Let me tell you a story; a fable with a profound message.

A woman called Esmay once sowed a whole garden with bright red poppy seeds. It was her way of remembering her late brother who was killed in the war.

“When they are in flower on his anniversary it will be as if heaven is looking down, and saying all is well!”

But they didn’t flower for his anniversary. They hadn’t even given a thought to sprouting a bud for the occasion. They burst into flower several months later. Esmay couldn’t bear to look at them. Basically they were weeds. She pulled them out and planted some carrots instead. It was the wrong time of the year to plant carrots (or potatoes for that matter) and so they came to nothing. She should have planted something like Swiss chard or even some heat tolerant spinach.

So, my dear brethren, as we reflect upon this story let us remember that our Divine Lord choose fishermen to be his apostles. Well, some of them anyway. And we should love everybody. And there’s global warming. Remember that too.

In conclusion may I add that it’s incomprehensible to me as to why so few people come to church these days?

Amelia and her late husband, George, may have shared the same address but over the last ten years or so they had shared little else. Even their circles of friends were different. Amelia turned up to her husband’s funeral wearing a bright floral frock. Apparently George had requested that people wear something bright to his funeral. As she moved up to sit alone in the front pew she noticed she was practically the only one who had bothered to wear something bright. It showed you how people cared. Even her friends hadn’t bothered to turn up.

Amelia sat throughout the service barely listening. The panegyrics and prayers droned on and on. All she could think was how little a mark she had made in her life: a futile marriage, no children, friends who had deserted her when needed. Those who saw her dab her eyes thought it was grief, but it was remorse. It was remorse for having lived such a trite life. From now on things would be different.

Amelia followed the casket out of the church as if she was in a trance. It was dreamlike, surreal, bizarre – whatever word you wish to use. As she descended the church steps she overheard a little boy say:

“Mummy, who was the funny lady up the front in the dress with flowers on?”

It was then that Amelia realized she had gone to the wrong church.

(This is a translation of an actual poster in France)

After entering this church, you may hear “the call of God”. However, it is unlikely he will call you on his mobile. Thank you for turning off your phones.

If you wish to talk to God, by all means do so. Come in and choose a quiet place.

If you wish to see Him, send a text while driving.

It was Sunday morning. Emmeline’s alarm went off. The clock was telling her to get out of bed and go to church. Instead Emmeline turned over and snuggled sleepily into her warm bed.

Later she thought she would get up and make a lovely Sunday brunch. When she got out of bed she hit her head on the bedpost and died. Emmeline went straight to hell, where she will roast in a burning fire for eternity.

So much for snuggling up in a warm bed.

Adrian was a creature of habit; every Sunday morning at almost the same time he’d drive to get a roasted chicken from the supermarket to have for his dinner that evening.

Every week he’d drive past St Chad’s Presbyterian Church. There were always dozens of cars parked there for the Sunday service. Adrian hadn’t been to church for years. He thought, here are all these people making an effort and I’m basically too lazy to go to church. One day I will. Sadly though, he continued to drive past for another three years.

Blow it! thought Adrian one Sunday morning. Off he went. He found it difficult to find a park. He entered the church. Present were just three old ladies and a man in a wheelchair.

Where are all the people with the cars? asked Adrian of the minister. 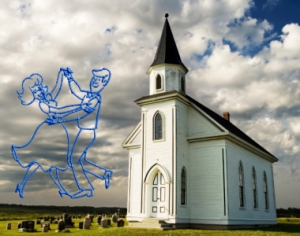 Gunson wasn’t keen to go to the annual parish dance. They’re all into religion, said Gunson. Going to church was the last thing on his mind when he went to a dance.

You’re all of nineteen, said his mother, and it’s work, work, work. All work and no play makes Jack a dull boy.

So Gunson grudgingly put on his best semi-casual attire and went to the dance. He walked into the church hall and there was Cressida! Cressida! He’d never laid eyes on her before. She was radiant. She was the best thing since sliced bread. He asked her for a dance, and they danced all evening.

How was it? asked his mother the next morning.

It was alright, mumbled Gunson.

I can’t understand why you’ve started going to church on Sundays, she said. 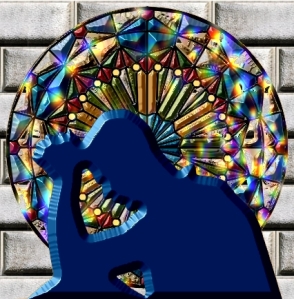 Cooper used to go to church on Sundays.

When he got a job that required he work Sundays, he couldn’t go to church on Sundays.

There was a service at his church early on a Wednesday morning. Cooper went to that, instead of attending on Sunday. He did that for three years.

The minister told him that Sunday was the Sabbath, and he was breaking one of the Ten Commandments by not keeping Sunday holy. Going to church on Wednesday didn’t make Sunday holy. It wasn’t good enough.