When Clara made a beautiful flower garden over the plot where she had buried her murdered husband she didn’t realize what attention it would attract. Her husband’s as yet unannounced disappearance had greatly enhanced the funds available to Clara, and she had splurged out on some very expensive and exotic flower plants.

She hadn’t been able to dig a very deep grave and it was difficult to see things in the dark. So it was almost inevitable that the roots of some of the plants were drawing nutrients from a fertile source.

“How do you get your plants to grow so healthy?” asked Rebecca. “The answer lies in the fertilizer,” responded Clara producing an as yet unopened bag of fertilizer. “Would you like some flowers?” And Clara cut the loveliest large bunch of flowers and handed them to Rebecca.

A little later Clara thought she would like to sell the house. There were too many unpleasant memories, and she wanted to rid herself of the garden plot. But she couldn’t sell because the new buyers might dig the garden up and discover her secret. So Clara stayed in the same house.

About three years later a man called in to ask directions to the local Flower Show and he couldn’t help but notice Clara’s garden. “Goodness me!” he said, and within a few weeks they were in love. He suggested that Clara move in with him, but Clara, thinking of her buried husband, insisted that the man do the moving. He moved in.

These days (did I forget to mention it?) Clara is extending her garden. 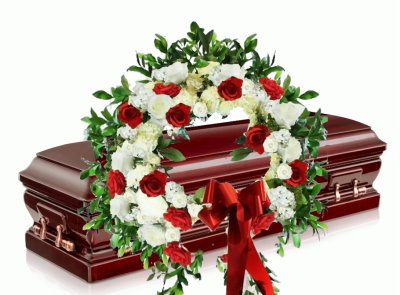 (Please note that this story and subsequent stories for the next number of weeks were composed and scheduled before Covid-19 reared its ugly head. So my apologies if aspects offend certain sensibilities. Thanks)

Neralie was adamant; when she died she was not to be buried but cremated. Sure, waking up in a coffin in the middle of a cremation would be a horrifying experience, but to wake up in the coffin and be in a hole six feet down and covered in dirt… oh the panic! The fear! The claustrophobia! Cremation did it quickly and once and for all; if you hadn’t died but had simply entered into some temporal comatose state, then cremation was the way to.

Not to be buried was simply one of the many stipulations Neralie made about the post-demise behaviour of her relatives and friends. Everyone was welcome to bring flowers, but nothing purchased. Only cut flowers from the garden. And they had to be either deep red or pure white or a mixture of both. Red would stand for the suffering she had experienced throughout her life; white would stand for light and relief and the promise of an eternal future freed from all her suffering. Oh! All the suffering! “You’ve no idea how I’ve suffered” was one of Neralie’s catch phrases.

Then there was the music to be played at her funeral. None of this namby-pamby pop stuff – she demanded the Kyrie from Mozart’s Requiem. And if some people found it too long, then bully for them. They should show some respect.

The six pallbearers should dress as befits a funeral. None of this open-neck shirt stuff; no coloured garments; black with a bit of white – perhaps a white shirt. Well ironed.

Neralie’s list of demands went on and on. It was gigantic – like she didn’t have anything better to do in the last five years of her life. And sing! Sing the chosen hymn full throttle. None of this singing into ones beard like a wimp.

And then she died.

No one came to the funeral of the lonely imperious decrepit martinet. They stayed away in droves.

The undertaker had Neralie buried.

Hershel was an undertaker, and he thought it strange that of the fifty bodies he’d dealt with that month twenty-seven of them were called John. Usually there were only a couple of deaths per month in his area, although it went up a little in the depths of winter. One month he once got six bodies, two of whom were Michael. But now in one month fifty bodies! And twenty-seven called John? Goodness me!

To make matters even weirder, of the fifty deaths twenty-two of them were female and therefore would probably never be called John. That meant that twenty-seven out of twenty-eight males were called John. The sole non-John was called Hector.

Further pondering produced other startling results. Of the twenty-seven Johns, twenty-six of them had the surname of Smith. Twenty-six John Smiths in one month! The only John who didn’t have the surname of Smith was John Gillespie-Fotheringham. That must surely be some sort of record.

The experts mulled over how such a thing could happen. It was a mystery. And then the reason was pointed out. Sometimes some things in life are so obvious. It was staring everyone in the face. John Gillespie-Fotheringham was a clerical error. There were twenty-seven John Smiths after all. What a relief!

(The poetic form selected for this week is the French triolet). 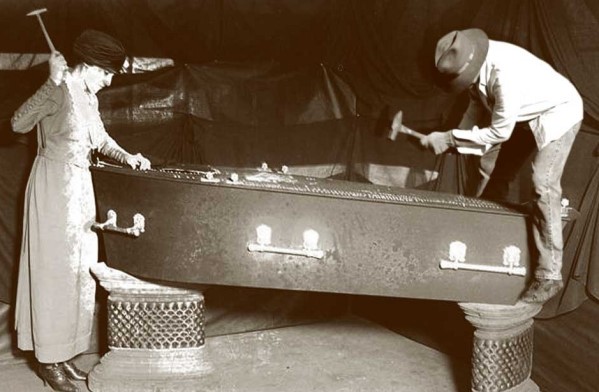 I used to give them cheek, in fact quite often.
Apparently it’s more than they could bear.
I heard them drive a nail in my coffin.
He’ll die, they said, once he loses air. 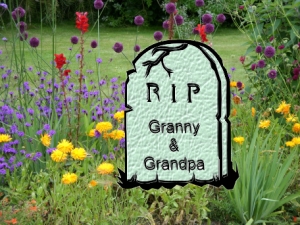 We’ve just finished burying my mother-in-law. Such an occasion is always sad. She now shares the same grave as her husband, which is something they always wanted.

My wife wasn’t overly sad, even though it was her mother. Her mother was old and had had a good life; “a good innings” as the saying goes. She got a bit difficult towards the end. She could get quite rude and demanding.

We’ll plant a rose or something on her grave. That’ll be nice. It’s always difficult to know where to bury these bodies. We’re running out of room in the garden. I told my wife to be a bit more discerning in the future when she swings the spade.