Rupert had asked me over the phone to meet him outside the corner bakery so that’s where I went – and waited, and waited.

Eventually he turned up. Why on the street outside the bakery I have no idea.

He said he would risk all by saying what he was going to say and blurted out that he loved me and he couldn’t think of anything else other than me and he was besotted and beside himself with infatuation and so on and so forth. Would I be his friend and could we go out?

I told him to jump in the lake. He left, and since I was there I went into the bakery and bought some buns.

When Alison got the tattoo on her right buttock she was terrified her parents would find out. The tattoo was of a snarling snake crawling in and out of a skull. It was to let her ex-boyfriend know what she thought about him. How he would find out is anyone’s guess.

Alison’s parents had absolutely forbidden her to get a tattoo – “You can get a tattoo when you turn eighteen, but at present being only fourteen is too young to know what you want permanently on your arms.”  But fourteen year old Alison took things into her own hands and got her buttock tattooed where no one could see – well not her parents anyway.

It was quite fun for a week at school, sharing with her friends and giving friends a peek. Rather quickly the admiration wore off.

When she turned eighteen Alison paid the earth to get the tattoo removed. 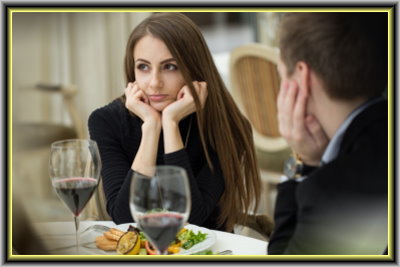 Ayleen decided to bake a cake. I mean, what else was there to do on a cold rainy day? Besides, her boyfriend, Rodney, was coming to dinner. There was nothing different or special about that but Ayleen thought that to finish with a delectable dessert might sweeten the reality that she was going to announce: as far as Ayleen was concerned the relationship was over.

Ayleen had good reason for it. They had never fallen in love; it was a relationship of convenience. It was “someone to take out”, especially if a group of friends went out partying. But now, Ayleen thought that having a relationship of convenience was a hindrance to finding the right person. Who is going to invite her out if she is already attached? This business with Rodney has to end to make room for whoever was around the corner.

The cake baking went satisfactorily. It was a blueberry yogurt cake. She’d used the recipe quite often. It looked nice enough. A slice of the cake with a dollop of ice cream would be an adequate introduction to her announcement.

Rodney was the fourth guy she’d baked a blueberry yogurt cake for in the last six weeks. When on earth would the right guy come along? 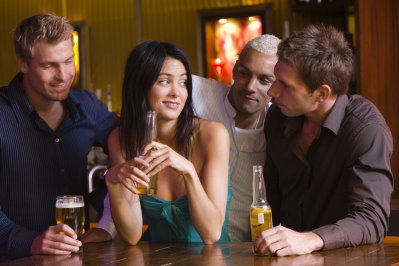 Bridgette was having none of it. This was the third time she had told her new boyfriend that she didn’t take sugar in her coffee and the third time he’d sugared it. Didn’t he listen?

He said it was no big deal. When he moved in he said he wanted to sleep on the side of the bed nearest the door – “Because guys end up going to the bathroom in the night more often” – but did she listen? No. She was in the bed and nearest the door before he could undo his shirt buttons.

Anyway, said Bridgette, it really annoyed her the way he drove the car – and it was her car. He drove along glancing at the rear vision mirror like it was an obsession. Glance glance glance. He said he was looking out for cops. There might be a cop following. So Bridgette asked what have you got to hide from cops? And he said the only thing hidden around here is your brains. He meant it as a joke, but Bridgette flung her sugared coffee (by now it was thankfully cold) all over her new boyfriend and he said things that shall go here unrecorded.

Bridgette said she was sorry, and he said “Try telling that to someone who gives a shit.”

He’s gone now. Thankfully. Bridgette realized she had made a mistake with him initially. It was her fault for inviting him into her life in the first place. One day the right guy will come along. You never know from one minute to the next what exciting person Fate is going to throw in your path. Tonight she’s going down to the pub to see if Mister Right is in fact waiting just around the corner. 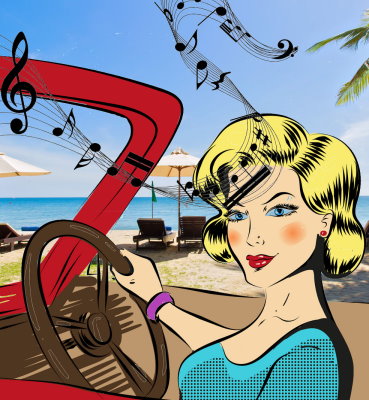 Velma Clout was having a bad morning. It wasn’t twenty-four hours since her boyfriend of eighteen months had left her. And what a relief it was. But the morning saw her with a mighty headache and a massive hangover. She had celebrated the boyfriend’s rejection with a wee bottle of wine or two. Honestly, his leaving was what she herself had wanted to do for a good several months but she was too nice. But now it had happened and there was no going back. If only she had celebrated with more restraint and then she could enjoy his absence without feeling like death warmed up.

It was her boyfriend of eighteen months. Did she want to get back together? He was upset. He had made a mistake. He knew only too well that Velma wouldn’t have the heart to say “No!”

Suddenly, grabbing a bag of stuff and her purse, Velma got in her car and headed for a day’s outing at the beach. It was for her the first independent thing she had done in ages. She was now the one doing the breaking up; not him. Oh the freedom that went with that! Velma wound down the car window and sang her heart out fortissimo. It was 50 Ways to Leave Your Lover all the way to the seaside.

When Clyde got out of bed that morning he had no idea (who does?) how his day would end.

There he was in early afternoon innocently sitting on the window ledge of his girlfriend’s new apartment when suddenly Tracey pushed him out the seventeenth story window.

As she pushed him suddenly out she was heard to exclaim, “Die you selfish toad. I love Shane now and I do this for Shane.” What Tracey didn’t realize was that her accommodation unit was set in the middle of a high-rise rooftop garden. Clyde fell no more than three feet onto a soft paving.

Clyde got up, brushing a little sandy gravel off his knees. He was half bemused and half shocked. It was the last thing he had been expecting.

Tracey had jumped out the window herself when she realized her murderous plot had backfired. She turned her shock and agitation into concocted horror. Naturally she pretended it was a practical joke. She was merely playing around. Of course she didn’t love Shane; she didn’t even like him. Shane was a creep. Everyone knew that the window seventeen stories up opened onto a rooftop frequently used for barbeques.

Clyde didn’t believe her for one minute. The rooftop was surrounded by a safety balustrade. Clyde picked up Tracey and threw her over it. She almost floated down to splat amongst the ant-like figures busy about their business way, way in the street below.

It certainly pays to check before throwing someone from a great height. That got rid of Tracey. Now there was no one to come between Clyde and his boyfriend, Shane.

Perhaps an explanation is called for. If there was one thing seventeen year old Sabrina shared with her boyfriend it was love of cats. Billy was nineteen and worked as a mechanic apprentice, but every day after work, I mean every day, he would meet up with Sabrina and apparently they would feed their cats and talk about cats. For hours.

Sabrina had only two cats, but Billy had four. He lived “out the back” of his parents’ house, so Sabrina transferred her two cats to Billy’s place. That meant company for the cats during the day, and then after work they could feed both lots of cats together. Every day Sabrina and Billy would spend several hours “out the back” in Billy’s quarters feeding and talking cats. Well – maybe they occasionally talked about other things, but they were most passionate about cats. At least, cats were their excuse.

One day, the inevitable happened. Sabrina came home (she lived with her grandmother) in a ripe old state. What a mess she was in. Tears and more tears. She could hardly speak she was so upset. But eventually she managed to tell grandmother that she had lost her Virtue.

Don’t worry, said Grandmother kindly. We shall get you another cat to replace Virtue.

Huberta suddenly snapped out of her reverie when the bell rang. That was the end of Mathematics class.

Oh if only Hubert would notice her and ask her out!

Talia had a blog. Who doesn’t? She put all her thoughts into the one basket. All her friends from school gave her lots of likes. In fact, Talia was Ms Popularity. Boys gave likes on her blog even if it was a girly subject like makeup.

And then Henrica stole Talia’s boyfriend.

Talia’s boyfriend was Judd. Talia called him “Judd the Stud”, and now Henrica, who had buck teeth, had pinched him.

Talia hatched a plot from her basket of thoughts. She posted the most beautiful blog. It was about summer flowers and gentle breezes, stormy skies and kitten’s sneezes. It almost went viral. Three hundred and seventy-two likes in one day! In one day!

Pressing the editing button, Talia deleted all she had written and replaced it with “Henrica Sorenson is a total bitch”. The “Likes” remained. Three hundred and seventy-two likes in one day! All agreeing that Henrica was a worthless wench!

Henrica overdosed on her father’s blood-pressure pills. Now Talia can get Judd back.