Some time ago, 11 August 2017 to be exact,  I posted about how sometimes living in different countries with the same language we presume that every word and phrase means the same. Some found it interesting, so I’m going to dig up another handful. I’ve lived only in Quebec, North Carolina, Massachusetts, and New Zealand, so it’s not improbable that some words and phrases are also used in other places.

“Could you pass the sugar please.”
Henrietta passes the sugar.
“Ta.”

Speaking of sugar, I once said at table “Sugar please”, and the voluptuous blonde answered, “Is that a request or a term of endearment?”

Ta is not to be confused with “ta ta” which is a little kid’s way of saying goodbye. 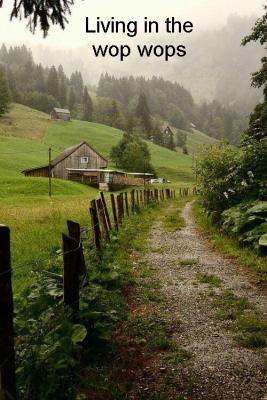 My Aunty Flo (hands up those who don’t have an Aunty Flo) was a raging extrovert and when she came to visit us from the city she would go on and on about how she was visiting the wop wops. As a little kid I was transfixed.

4. Bach
This word is pronounced “batch” – so it’s not the composer. I presume it comes from the phrase “Bachelor Pad”. A bach is a beach house (usually not very fancy) that a family (if they can afford it) lives in during weekends or holiday breaks. There is a difference between the term used in the North Island and what is used in the South Island (New Zealand is made up of two main islands). North Islanders call it a “bach” and South Islanders call it a “crib”. I have no idea what they call it anywhere else in the world, but if you know…

The only other trans-island difference in New Zealand English that I can think of is the word “couch” – that invasive grass that once you’ve got it in your garden it’s there to stay. North Islanders are inclined to call it “couch” and South Islanders are inclined to call it “twitch”. I have no idea what they call it anywhere else in the world, but if you know… Apparently both “couch” and “twitch” are variations of the Scottish word “quitch” for the wretched pest.

5. Jandals
Jandals are what Australians call “thongs” and some other countries call “flip flops”. I have not a great idea as to who calls what where. Jandals is short for Japanese sANDALS. Apart from Ernest Rutherford splitting the atom, Jandals are New Zealand’s sole contribution to Western Civilization. That and the automatic postal stamp vending machine – which has fast become obsolete because of email.

When I broke my ankle and had 4 pins screwed in, I was wearing jandals at the time. These days the foot is so deformed that I cannot fit into a shoe, but I do fit in when need be to a large pair of:

6. Gumboots
I think some other countries call them wellingtons, or galoshes – you’ll know what you call them from the picture. Galoshes for me are quite different; they are a rubber sheath that one pulls over the top of regular shoes when it’s rainy or muddy. So I’d be interested to know what you call both of these things in your country. When I was growing up on a dairy farm we lived in our gumboots. The back door would usually have a dozen or so pairs of gumboots of different heights and sizes all higgledy-piggledy so that mother would say nine times a day “Pick up those gumboots before someone trips on them.”

7. Dag
A dag is a bit of dried you-know-what hanging off the wool on a sheep’s bottom. When the sheep runs along the dags rattle. This gives rise to the common expression “Rattle your dags” which means “Get a hurry on”. 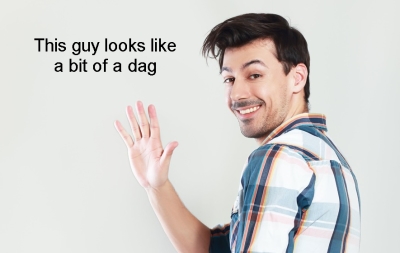 8. Pack a sad
As far as I can see the expression “Pack a sad” is not universally used, but is common over here. If I’m wrong I’d be happy to be corrected. “Pack a sad” means “Throw a tantrum”.

And then the teacher packed a sad.
There’s no need to pack a sad just because I smashed up your car. 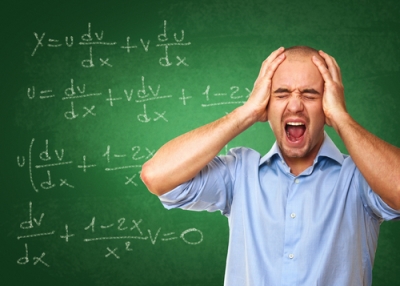 That’s enough for one day. Thanks for reading, and I hope you found the occasional thing a bit of a dag. 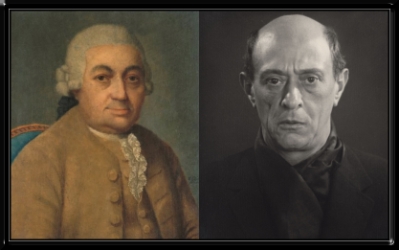 In this piece of music I have taken the rhythm of a C.P.E. Bach (1714-1788) sonata movement, and applied the type of serial scale that Arnold Schoenberg (1874-1951) could have used. The result is… interesting! There are snippets of the Bach unchanged. The piece ends with the playing of the Schoenberg-like serial scale employed in the piece and C.P.E. Bach’s scale of C minor which he used.

Where ducks may safely graze. (Sorry the photo is unfocused. I took the picture through the glass window of my living room.)

Listen to the music HERE!

I’m past the age of Mozart when he died.
I’ve yet to write my stuff, although I’ve tried.
Forty one symphonies tucked deep in brain
Await the light of day to give me fame
And shoot Immortal Me afar and wide.

The pile of masterpieces still denied,
Sit there because my mind is old and dried
And won’t produce the notes to light my name.
I’m past the age of Mozart when he died.

When I saw what Bach wrote I could’ve cried,
Each week he tossed out music in his stride.
Shakespeare snuffed it before his sixties came;
And Austen churned out books, yet lived as Jane.
Ah! Most creative artists that I’ve spied
All passed the age of Mozart when he died.

Cade had had a successful career as an historian. After he graduated he landed a wonderful job as a lecturer at a prestigious university. Over the years he had worked his way up to become a professor and head of the History Department.

And now he had retired. Oh! the accolades! There’s so much in life I have always wanted to do, said Professor Cade in his departing speech. So much that’s undone. How busy and fruitful retirement is destined to be.

Cade made a list of things he was going to do in his first year of retirement. There were so many masterpieces, for example, that he hadn’t read. Robert Louis Stevenson’s Treasure Island was a case in point! There were dozens of literary classics that he’d never had time for. And now he would. He would read, read, read.

And then there was the music of Johann Sebastian Bach’s four composing sons. I want to become a Bach expert, he declared, with the music of Wilhelm Friedemann, Carl Phillip Emmanuel, Johann Christoph Friedrich, and Johann Christian.

And Art. He would study famous paintings and one day, hopefully, travel to see the originals.

These days, of course, all this could be done on the computer. He wanted to start almost immediately. But first he’d just finish downloading a couple of computer games.

(I’ve always wanted to reach the mark of 555 stories, because that’s how many sonatas Domenico Scarlatti composed! I know it’s a bit of a meaningless point to reach, but why not? To celebrate, here are three short (fictional) contemporary lectures on music and literature).

Johann Sebastian Bach was married twice and had twenty children. It can be surmised from this that he had heterosexual leanings. This however should not detract from the enjoyment we might get from his music today.

Given his proclivity for heterosexual behaviour, it is little wonder that his large body of surviving works reeks of complacency. If comfort could be expressed in sound, Bach achieved it.

He also cared little about global warming, unlike Handel (oh no! that was himself what wrote it), his contemporary, who wrote a green number called Where Sheep May Safely Graze.

Part of Bach’s music is ruined by overt religiosity. His Mass in B minor, for example, reeks of religion. It must surely be regarded, if not politically correct, at least as distasteful. In fact, most of Bach is unteachable these days; not only are we rightfully not permitted to teach religion, but most students don’t have a clue what the words of Bach’s chorales and cantatas mean.

Then, if you take his book of keyboard music, Anna Magdalena Notebook, we find there are a number of pieces borrowed (“stolen” would be a better word) from other composers. The true authors are not even given credit. Plagiarism. This must surely confirm his heterosexuality, as most thieves in the world today are dyed-in-the-wool heterosexuals.

So if you intend to listen to Bach, or even try to perform his music, be prepared to be open-minded about his personal life. It is best to ignore the subversive religious and anti-gay agenda hidden so shamelessly in the counterpoint.

Shakespeare’s theatre sketch, King Lear, deals with the timeless theme of ageism. The way his two older daughters ruthlessly treat their father would have been unnecessary if he could have been legally euthanized. But, oh no! they had to get rid of him in a painfully cruel way rather than put him down quickly with an injection.

Of course there are other more important themes that Shakespeare omitted to mention. The issue of climate change is one example. If King Lear had taken greater care of the environment then there might not have been the dramatic storm he was seen to be running about in half naked. He brought it on himself, and Shakespeare omitted, point-blank, to point out the connection.

Also, once they’d ripped out Gloucester’s eyes, they could have donated them for body parts. They seemed to be perfectly good eyes, and someone with a similar blood type was possibly desperate for a cornea transplant. But, oh no! Shakespeare had to ignore that and have him also wander around in the Lear-inflicted storm. What a waste!

Then there’s the question of Cordelia. Such chauvinism! She is treated as a sex object of iconic beauty. Who is the real Cordelia? Not to mention that her part would’ve originally been played by an underage boy who was possibly paid less than the minimum wage. And where is Lear’s wife? Is she mentioned? She was no doubt viewed as no more than a baby-making machine.

There’s so much in the play that Shakespeare ignored. Where are the endangered whales for example? What about the trading of elephant tusks? Back then women didn’t get the vote. Is that mentioned? Did Lear have a woman in his retinue?

Next week we’ll deal with the anti-environmental bastards who chopped down an entire forest of trees in Birnam Wood.

Peter Ilyich Tchaikovsky was one of those fucking faggots you find everywhere in the music scene. At least you find them in the classical music scene, not in the rock band scene where they have no trouble getting a woman for the night.

You seen what Tchaikovsky done? He got all those guys in tights cavorting round in front of him. He would’ve loved that. Nutcracker is right. And Swan Lake. Poof.

Then in the 1812 Overture he has cannons firing everywhere. The nancy-boy is trying to disguise his leanings by pretending to be macho and firing guns.

So if you want my advice, don’t listen to the fudge packer. Give me a real man. Like Justin Bieber.