His wife of course had no idea. She thought he was engrossed in a computer game, or maybe some intelligent reading. After all, he was interested in animals, and when he could drag himself away from the internet he would watch National Geographic on the television, especially if it was about animals that weren’t so common. Every second animal program was about lions or elephants or giraffes. He wasn’t that interested in that sort of program. Those programs were so common they had become boring. His interest lay in the less common fauna on the planet. The program on the Australian Gulbaru Gecko for example was fascinating.

“You’re addicted to the animal in you,” his wife joked.

As time went on, things began to creep up on Neville. Was that a touch of Alzheimer’s? Was senility starting to set in? Indeed it was, and in the end rather quickly. It wasn’t long before his wife was at the end of her tether. He had to go into an environment that was both safe and secure.

Until the day he died. 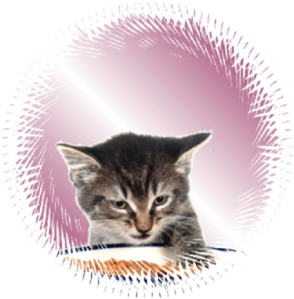 Emily and Reuben had been married for forty-two years.

Reuben had always fed the cat. He fed the cat in the early evenings. But now he was starting to forget that he’d fed it. And he’d feed it again. Once, he fed it four times.

The saddest thing though was that Emily never got to say goodbye. He’d gone long before he went.

Marcia’s lounge window looked over the street. There was a street lamp there, and next to it was a trash can. Every day Marcia watched this old man go through the trash.

He would take out all the trash, bit by bit, and carefully arrange pieces according to type. Ice cream wrappers were placed in a separate pile, as were screwed up cigarette packets. Chicken bones and waste food were heaped together.

When all was done, he would carefully return them to the trash can, sorted and orderly. Marcia knew he arranged the rest of the trash along the street. She had seen him.

He wasn’t hungry. He’d never ate the scraps. It was simply that he was old, obsessively orderly, and was suffering from dementia.

When the old man died, Marcia was at his funeral. She spoke.

“I want to thank everyone who saw this old man, in the last few years, sort the trash along the street. Although he was strange, you never made fun of him, but always treated him with kindness and respect. Thank you for your thoughtfulness and humanity. Even though he was old and different, he was still my father, and I loved him.”

My name is Muriel. I have a fabulous idea.

Here is my fabulous idea:

You know all those people in old people’s homes who have lost their memories? Alzheimer’s or something? They don’t know nothing. And they’re happy. Well, why not use their eyes for cornea transplants? They won’t know what would’ve happened to them. And that way they can be of some use to society instead of a burden.

And there must be other parts of them that can be used for transplants as well while they are still alive. I’m not medical. Like hand transplants or skin grafts. No hearts or livers and so on because that would kill them off. And what is the use of a dead donor that’s gone cold?

A fabulous idea, eh? Here it is:

You know all those people in old people’s homes who have lost their memories? Alzheimer’s or something? They don’t know nothing. And they’re happy. Well, why not use their eyes for cornea transplants? They won’t know what would’ve happened to them. And that way they can be of some use to society instead of a…

“Excuse me, Muriel,” said the surgeon. “Would you mind following me please to the operating table?”