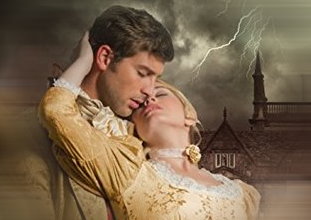 Dear Heart Throb
I really don’t know who to turn to. I am eighteen and my uncle’s wife claims to have information on me that could prove embarrassing. I don’t know whether to confront her about it or ignore it and hope it goes away. She claims to have photos of me in a compromising situation even though I know I’ve never been in a compromising situation like that. It’s amazing how photographs can be doctored these days to make them look real. Any suggestions?
Disgruntled Nephew.

May I suggest you make a list of possible compromising situations – experiences that theoretically would embarrass you if knowledge of them got out into the public arena. An example could be getting videoed while stealing something valuable from a shop; or being caught having an affair with a popular film star. Things like that. Then choose one from the list and GO OUT AND DO IT. Make sure it gets noticed and recorded, and then leave it in a place where your uncle’s wife will find it. Doctoring photographs simply doesn’t work. She’ll want the genuine stuff. You’ll find that often the general population will be in awe of you and your compromising situation. You’ll be something of a celebrity.

Velma Clout was having a bad morning. It wasn’t twenty-four hours since her boyfriend of eighteen months had left her. And what a relief it was. But the morning saw her with a mighty headache and a massive hangover. She had celebrated the boyfriend’s rejection with a wee bottle of wine or two. Honestly, his leaving was what she herself had wanted to do for a good several months but she was too nice. But now it had happened and there was no going back. If only she had celebrated with more restraint and then she could enjoy his absence without feeling like death warmed up.

It was her boyfriend of eighteen months. Did she want to get back together? He was upset. He had made a mistake. He knew only too well that Velma wouldn’t have the heart to say “No!”

Suddenly, grabbing a bag of stuff and her purse, Velma got in her car and headed for a day’s outing at the beach. It was for her the first independent thing she had done in ages. She was now the one doing the breaking up; not him. Oh the freedom that went with that! Velma wound down the car window and sang her heart out fortissimo. It was 50 Ways to Leave Your Lover all the way to the seaside.

Look! It’s not Maxine’s fault that her husband was a sour-puss from the second he stepped onto the cruise liner. Gordon was determined to make Maxine’s longed-for cruise as unpleasant as possible. There were several reasons for this: Maxine had been planning this cruise for a year and Gordon was sick of her going on and on about it. Also Gordon was worried, if the cruise was a success, that she’d want to waste even more of their hard-earned savings year after year on further cruises.

They had been befriended by a Mr. and Mrs. Calvin and Gail Harlick of Cabin 1763. He was a buffoon if ever there was one, although Gail was quite nice. Actually a little more than quite nice, Gordon thought. But Calvin went on and on about nothing. He would monopolize the conversation at dinner and it would inevitably be about himself. The only saving grace at dinner was that Gail sitting opposite would affectionately rub the calf of Gordon’s leg with the toe of her high heels. It was their little joke.

Maxine and Gordon were always invited back to Cabin 1763 for a little drink after the meal, but so far they hadn’t accept the invitation. And then a storm hit. It was so rough that the passengers were confined to their quarters for a brief time. Gordon insisted he and Maxine go up onto the deck. “This storm is the only exciting thing to have happened thus far on the trip.”

That was when Maxine gave Gordon a push over the side, saying “Go join Gail Harlick.”

Steadying herself against the railing, Maxine made her way to Cabin 1763. 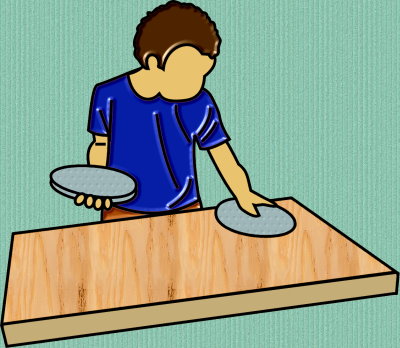 It was a total give-away when Garth, while setting the table for dinner, nonchalantly said, “It depends on the brand, Ida.”

Garth’s statement was in response to his wife’s question of “Do you want some tomato sauce with dinner?” The problem was, Garth’s wife’s name was Sylvia, not Ida. Sylvia, who was suspicious at the best of times, cottoned on to it immediately. The Ida referred to would inevitably be Ida Brocklehurst who was a teacher’s assistant at the school where Garth taught Biology. Clearly they were having an affair. Why else would he so matter-a-factly trot out the name of Ida if they weren’t carrying on a rampant and sweaty undercover plot of fornication?

“Why did you call me Ida?” asked Sylvia in a voice that both quaked with fear and yet had all the vehemence of someone who already intended to sue for divorce.

Garth came up with an immediate plan. “I think we should both have our ears tested,” he said. “They provide a free hearing test at the pharmacy.”

“Why do we need a hearing test?” demanded Sylvia.

“Because I didn’t call you Ida. I said It depends on the brand, my dear. ”

“Oh, how silly of me,” said Sylvia now slightly embarrassed and in recovery mode.

Garth was relieved. He couldn’t wait to tell Ida in the morning. And somehow he had to stop Sylvia from getting her hearing tested.

(Thanks to Alex Raphael for the opening sentence.)

“Hang on a second. I thought you were dead.”

“I am. Or rather, I am pretending to be.” Ursula had made a sudden appearance at the home of her best friend, Flora. Flora was in shock. She had grieved for her friend at the funeral and, quite frankly, spent an undue amount on a bunch of flowers.

“How on earth did you stage such a believable death?”

“It wasn’t easy, especially since I had to organize it all on my own. In the end I got help from the man at the crematorium. But it worked. My husband is having an affair and this is the almost improbable way to give him the fright of his life, and his lover whoever she is. I could kill the both of them. In fact I probably will.”

“But how did you find out about the affair?”

“When I went away for a week to visit my daughter, I came home and she had left her shoes in the closet. And what is more, a woman knows these things. I could sense that she had been there all week. I asked my husband about it, but of course he denied it. Once I find out who that woman is, she’ll be taking my place at the crematorium I can tell you.”

“But,” joked Flora, “who would make your husband the tomatoes on toast for breakfast that he so likes?”

For well-nigh forty years Jarden had harboured visions of murdering his wife. It’s not that he wanted to murder her. It’s just that he had flashes of pictures enter his imagination of his wife lying in a pool of blood on the kitchen floor. Or pictures of her drowning in a lake. Something like that. And he thought each time that he could commit such a murder, but he didn’t want to. He couldn’t understand why such thoughts and images entered his mind in the first place.

Forty years of marriage had however been tiresome. He longed for it to end one way or another. And now, after forty years, he was having his first affair. His nauseating wife was definitely in the way. His visions of her murder became suddenly more attractive.

He was saved the trouble! His wife accidently drove over a cliff, plunging into the river. She was pinned beneath the car and the little life left in her was drowned.

Jarden couldn’t believe it. It’s always a shock one way or another. “I can’t believe it,” said Jarden to this man called Harry. “How much did you say I owe you?”