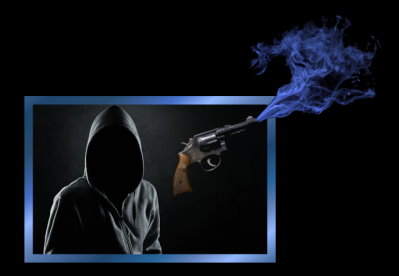 Jude had not been brought up well. His father was an alcoholic; at least he was until he turned up to work drunk and “accidentally” fell down an elevator shaft. Jude’s mother was addicted to quinine and her kidneys had packed up and she too was dead.

Jude had an older sister who took over his care, but she was on drugs and got her drug money in the entertainment business. She worked from home.

When he was fourteen, Jude didn’t “discover” for he already knew, but “realized” that there were easier ways to make money than to work. He’s made a few contacts via some of his sister’s clients. He looked a lot older than fourteen. School had long gone down the drain. He worked as a pimp with the occasional bit of burglary thrown in for luck.

Then his big break came. One of his sister’s ex-clients said he’d give Jude ten thousand if he did his sister in. Jude said he would but what way was it to be done? The guy said he didn’t care, so Jude got a gun and shot his sister dead point blank. It was all pretty easy.

When Jude went to get his money the ex-client turned him in. “This guy murdered his sister.”

Jude got life. The ex-client got off scot-free. He was clever like that.

Quite frankly Austin didn’t have a clue what to do next. He’d spent his last ten dollars on a ticket in the lottery and he hadn’t won a brass razoo.

To think that he had once been better than comfortably off, and now he was destitute. Penniless. It was all the government’s fault. Taxes. The government’s insatiable greed. They needed money – lots of it – to feed their unremitting desire to support politically correct causes. Let the humans suffer.

Here he was hungry and cold, while the government fat cats wined and dined in the capital city’s fancy restaurants.

It was financial worries that had driven his family apart. Austin and his wife had argued constantly and the arguments were always over money. They say that money is the root of all evil. That’s not true. It’s lack of money that is the root of all evil. Austin’s wife had left him, taking the three kids. She would be better off trying to cope with no stable income than to put up with a moneyless, useless husband. That’s why she took off – and with the car.

Enough is enough. Destitute Austin had learnt in his catechism that stealing wasn’t stealing when one was hungry and destitute. And that’s what he did. He stole. At first it wasn’t much; just a little here and there. But soon it grew into something bigger. It takes a lot of money to feed a gambling addiction.