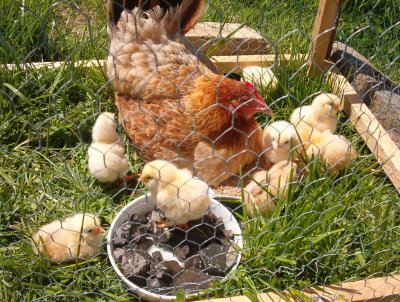 It was to be just an ordinary day for Kendall. It was a Saturday, so it was not a work day. He would take apart an old chicken coop that he had made maybe forty years ago. His daughter’s little bantam with chickens had long gone, as had his daughter now married with a family of her own.

The coop had sat unused in the corner of the garden for years. Occasionally Kendall moved it a few feet this way and that in order to mow the grass which grew long and untidy around it.

Today was the day he would knock it apart. Until he began to dismantle it he didn’t realize just how many nails and staples he had used to hold the pieces of wood together. No wonder he and his wife were always short of money: he’d spent it all on nails!

It wasn’t exactly a scratch; it was more of a “poke”. A pointed piece of the wire-netting poked into his index finger on his left hand. Ouch! It wasn’t much, and although it bled a little bit (before stopping) Kendall carried on working. A little blood on a dismantled chicken coop was no big deal!

That night his finger began to hurt. By the next morning it had swollen. It was now Sunday and Kendall thought he would wait until Monday to see a doctor. It’s nothing much and the swelling will probably go down of its own accord. The cost of a weekend emergency visit to a doctor was astronomical.

By Monday he was dead. Who would have thought that an innocent chicken coop that he’d mowed around for well-nigh forty years would be the cause of his death?