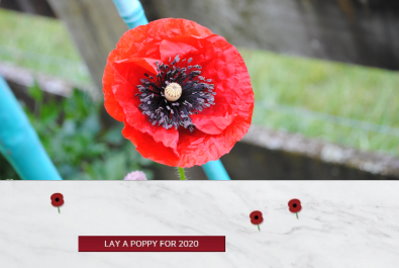 Yvette came up with a brilliant plan, although it may not have been as brilliant as one might like to think. She had come across a website that listed the fallen dead in various wars. If you clicked on a button on the page dedicated to each fallen soldier, you could leave a digital poppy.

Yvette chose the First World War. Some soldiers had a single poppy left, others had several poppies. One or two, here and there, had dozens of poppies. Most soldiers however had none. These soldiers had been forgotten. There was no one left who remembered them; no one to be grateful specifically to them for their sacrifice. Yvette knew exactly what she was going to do.

Methodically, because she was a careful and methodical person, she would make her way through the pages dedicated to the fallen soldiers of the First World War. If they had no poppy she would click on the button to show that the world still cared.

It was early August. If she hurried she could give each a poppy by the 11th of November; that was Remembrance Day, also known as Armistice Day. Oh, but there were millions of names! Yvette quickly discovered that there were too many for her to say “Thank you” to.

“This year,” thought Yvette, “I shall simply do those whose family name starts with an A. Next year I’ll do the B’s.

Remembrance Day came and went. She was nowhere near finished; not even halfway through. Not even a quarter. “I know,” thought Yvette, “I’ll get it done by Christmas!”

Christmas came and went. “I know,” thought Yvette, “I’ll get it done by New Year!” New Year came! Would you believe! Yvette had finished the As! She finished at 11 o’clock on New Year’s Eve!

Midnight came. It was the New Year. The computer program deleted all the poppies left in the past year. This was a New Year. The leaving of poppies would start from scratch.