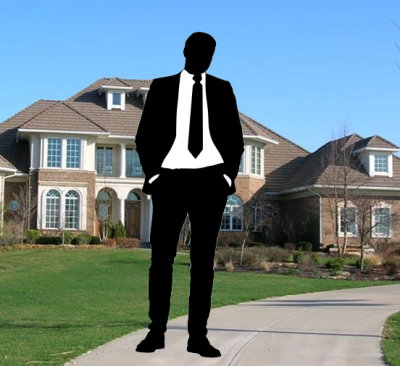 (Apologies today for two postings; this monologue here, and then a poem in an hour’s time. I normally like to do only one posting a day, but I’m “slightly” neurotic about not messing up my story numbering system and wanted to get the poem out of my head… anyway… thanks for your patience!)

You can’t pamper to everyone’s needs. You can’t pussyfoot around. You’ve got to be bloody-minded and go for it. Remember, if you want to make money, you’re number one.

Let me illustrate this with a story. There was this guy I knew called Dale. He was a plumber. He came to me and said, “Look Lincoln,” he said, “I’ve got this little old lady who’s not getting any hot water in the house. Probably she has accidentally flicked a switch off or something. She asked if I could come and look at it, but she said she couldn’t pay until next week when the pension comes in. What should I do?”

I said to him, to this guy Dale, you tell her to jump in the lake. It’s a dog eat dog world out there and if she can’t cough up then she can’t get the job done.

Later my mate, Dale, he said he did just that and she went for a week without hot water. And when the pension came in he contacted the lady to ask if she still needed the job getting done. She said it was getting urgent so he went round to her place two days later and charged her double for hounding him. Of course he didn’t say the hounding bit; he said he was charging double because the job was urgent. Also, it was just the switch turned off but he wasn’t going to tell her that. So he fiddled around for a while with some tools.

My motto for my business is KINDNESS LIVES HERE. People love it.