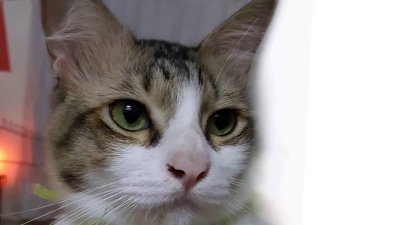 Christina and Florrie lived in the same house and shared a pet cat. They called their cat “Alleluia!” because it brought such joy. The exclamation mark in the Alleluia! is an important part of the name, Florrie told the vet. Our cat is not simply “Alleluia” but “Alleluia!”

There were many other things that Christina and Florrie shared besides the cat. They shared cooking and meals, for example, and cleaning the house. They shared a glass of wine before the evening meal. They shared the rent. They had shared like this for thirty-two years. It was not only companionship; it saved money. How much cheaper it is to heat a single house rather than two.

And then, very suddenly, just as they were one evening pouring a wine, Christina had a stroke and died. Florrie had to make all the arrangements for Christiana’s funeral, while she herself was devastated. Admittedly it gave something for Florrie to do, something to occupy her mind, but she never imagined that such feelings of grief were possible.

When all was over, Florrie still had Alleluia! It was a connection, a support. The cat was a living link. In fact, Alleluia! had taken over Christiana’s armchair in the evenings. It might sound silly, but Alleluia! was always there for Florrie to talk to.

And then Alleluia! took ill and Florrie had to have it put down.