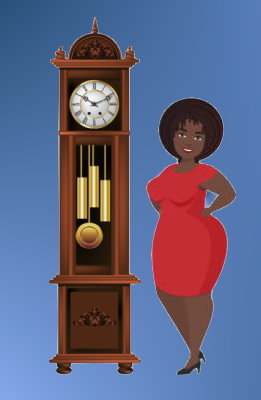 My name is Ruth, although everyone calls me Roly-Poly because I’m as wide as I am high. I’ve always been called that. I take it as a term of endearment; an affectional nomenclature. Even some of my teachers at school, years ago, called me Roly-Poly. I have a cheerful disposition, although I’m a little nervous about what I am going to tell you now. I tell you in the greatest confidence.

Yesterday my husband died. It was very sudden. One minute he was standing in front of the pop-up toaster at breakfast and the next minute he was as dead as a dodo. My first reaction was to break into laughter. I couldn’t believe it. I was shocked and I laughed hysterically. All the neighbours would have heard. If they were furtively watching the Who-ever-it-was take my husband’s corpse away they would have heard me shrieking with laughter.

I’ve been laughing all day. I can’t seem to stop, and I have to pretend it’s a nervous reaction brought about by grief or whatever. But that is not the case.

Only the day before he dropped dead he announced that he wanted a divorce. He was leaving me, and taking half of the stuff. The thing he wanted the most was the grandfather clock. That clock was my grandmother’s. It was really mine, not his. It is truly a magnificent and priceless heirloom. Only a week ago, when I came home from work, this stylish saleswoman was in the front room trying to sell my husband furniture polish. She thought the grandfather clock was an irreplaceable antique.

All in all, my husband’s demands were quite clueless; he wanted half the pots and pans, half the furniture, half of this and half of that. Why would he want half of my jewellery? He had it all worked out in his head.

And now he’s dead and it’s all mine! That’s why I’m laughing. I can’t help it. It is Fate; Fate with a little help from a loose wire in the pop-up toaster.