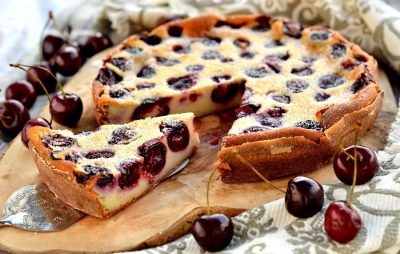 Bonnie worked as a chef in a prestigious restaurant in town. Her husband, Alex, was an accountant. Because Bonnie worked all day in a kitchen, Alex did most of the cooking at home unless of course it was a very special occasion, in which case Bonnie would “pull out all stops”.

Because fair is only fair, Bonnie paid for the house finances to be looked after by a professional accountant, and not by Alex himself. It was a happy arrangement.

They had been married for fourteen years. All was right with the world; at least it was until Alex one day got a call from the accountant.

“What is this three week cruise for two in the Caribbean?” Alex had no clue, but with further surreptitious investigation discovered that Bonnie had planned a cruise with the bellboy from the restaurant’s hotel. In short, she was leaving Alex. The day of her departure arrived. How would Bonnie break the news?

Bonnie had announced she would cook. “Let’s make it a special occasion right out of the blue,” she announced. “I shall cook.” Alex wondered if she didn’t have a special ingredient in mind.

At the end of the delectable feast, after gorging on a second helping of cherry clafoutis, Bonnie declared that she had a wonderful announcement. She had planned a special surprise. The two of them were to go on a luxury three week cruise in the Caribbean. “We’ve always wanted to do that, darling. Our dream has come true!”

It was only then that Alex wished he hadn’t laced her cherry clafoutis with weed killer.