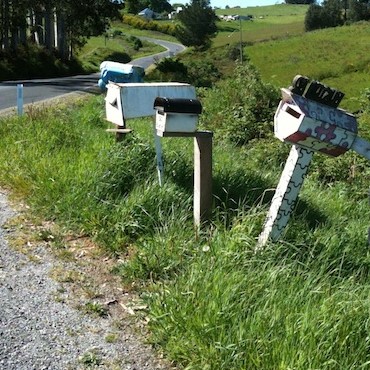 The highlight of aging Egbert’s day was to wander out to the gate to check the mailbox. Even though the mail delivery van came past sometime between 10 and 11 o’clock in the morning, Egbert put off checking until around about 2 o’clock; sometimes as late as 3 o’clock. It was good to extend the excitement of anticipation a little. Once the mailbox had been checked and there was nothing there, all excitement had gone; all anticipation had gone.

These days there were never any bills. Most of that was done on line. So things arriving in the mail were almost certainly personal letters of one sort or another.

Who knows? Perhaps a distant elderly aunt had bequeathed him a fortune. Perhaps he’d won a free supermarket trolley dash; five minutes to gather as much free stuff as possible. Perhaps it was a letter out of the blue from an old school chum of years ago. Anything was possible.

On this particularly day he checked the mail. He was a little later than usual. It was about 4 in the afternoon. There was a letter for him there. He didn’t recognize the handwriting. How exciting!

Egbert waited until he was back in the house before opening it. It was an envelope of white powder. Egbert had been a government spy back in earlier days. These days the government were having a “clean-up”.