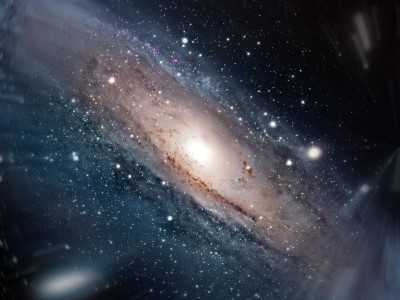 It’s fascinating to think, said Theodore to his theologically-minded friend, Nelson, that when I’m grinding these coffee beans for breakfast there’s probably twenty million other intelligent beings on other inhabited planets doing the identical thing. Such is the expanse of the universe! Such is its enormity!

Don’t be silly, said Nelson. You’re so closed-minded. Why do you always limit the infinite? In all the trillions of inhabited planets in this universe alone, there’s not a single planet that’s the same. And there’s not a single intelligent being doing the same thing as you. God is not that boring.