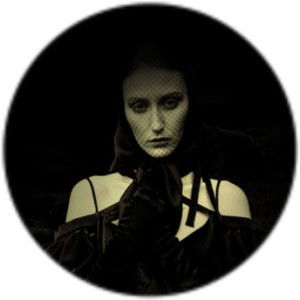 Once Bernadette had decided to murder her husband she planned it meticulously. In fact, it was rather fun. Detailed planning was Bernadette’s forte. Her husband, Wilfred, was on medication. An overdose would do the trick. The most difficult part was the grief following his inexplicable suicide. Fortunately, Bernadette was a born actress. She had brought only a small lace handkerchief to the funeral and had to borrow Malcolm’s large cotton hankie. Those in the back pew of the church could hear the sobs coming from the front pew. Such a sad funeral.

Bernadette wore black for two months, that is, until she married Malcolm. They had a wonderful seven years together. I see Bernadette’s wearing black again.