(This story is inspired by a delightful blog – WOLFBERRYKNITS. Bianca explains how to make lovely Christmas decorations out of discarded tea-light candle containers. I took up the challenge! The photos are of my efforts! The story is true!) 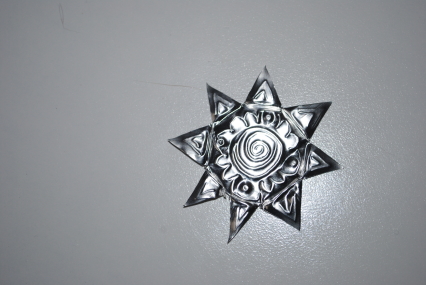 Poor Hansel and Gretel! First of all they had been given names in a fairy story, and people would poke fun at them. Then their mother upped and died, and so did their father who had just married again, to a horrible woman. The horrible woman quickly became a traditional nasty stepmother.

Hansel and Gretel decided to run away. And they did! They walked into the woods and saw a real traditional Christmas gingerbread house. They were breaking off a piece of windowsill to eat, because they were hungry, when a traditional hideous witch appeared and held them as prisoners.

“I’m going to fatten you up to eat on Christmas Day!” screeched the traditional hideous witch. “These things have to be done if you don’t have a turkey. But first you must make yourself useful.”

“There’s a way of turning these discarded things into Christmas decorations,” cackled the traditional hideous witch. “I saw it online. Do it! Waste not, want not!” She began to turn on the oven and get a large roasting pan ready to roast the “turkeys”.

Hansel and Gretel worked hard and hung the decorations they had made down the net curtains (called “sheers” in some places) in front of the traditional hideous witch’s French doors. 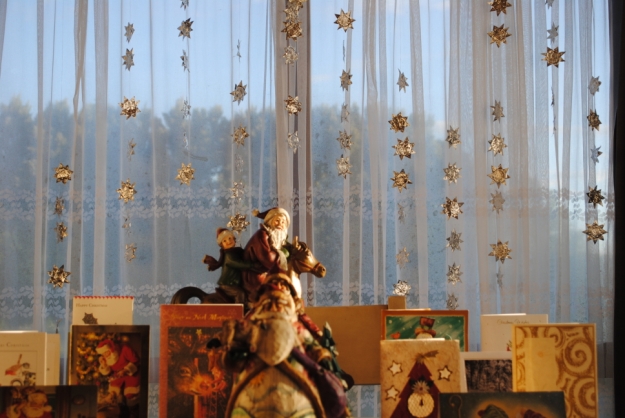 Gretel whispered to Hansel: “When she opens the oven we will shove the traditional hideous witch inside and slam the oven door shut!”

They were about to do that, when the traditional hideous witch saw the newly-made Christmas decorations hanging. She was flabbergasted!

“Oh children!” she exclaimed. “They’re just beautiful! What a wonderful job you have done! See how they catch the light!” 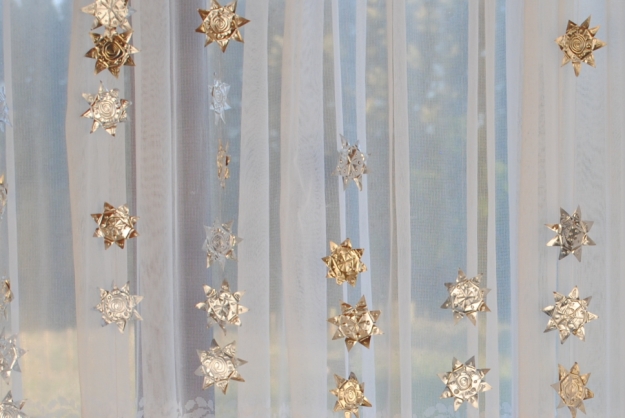 The traditional hideous witch was transformed, because she had said something nice. She became a beautiful queen, called Snow White, and Hansel and Gretel became a prince and a princess. They all lived happily ever after in the little crooked Christmas gingerbread house.

That first Christmas, however, they were visited by Three Kings on their way to Bethlehem. They had been following a star, and when they saw the little crooked Christmas gingerbread house with all the stars hanging in front of the net curtains they got terribly muddled. They knocked on the door to ask if this was the stable they had been looking for. They ended up staying the night. They took the formula for making the stars with them to Bethlehem.

“You never know,” said one of the Kings, “if the Baby in the manger might someday find the instructions handy if He ever wanted to create some more stars in the heavens.”