I have been nominated for two awards by Alex Raphael: the Real Neat Blog Award and the Beautiful Bloggers Award. I blush with pride. Thank you, Alex. Click on his name and you’ll fly magically to his site. 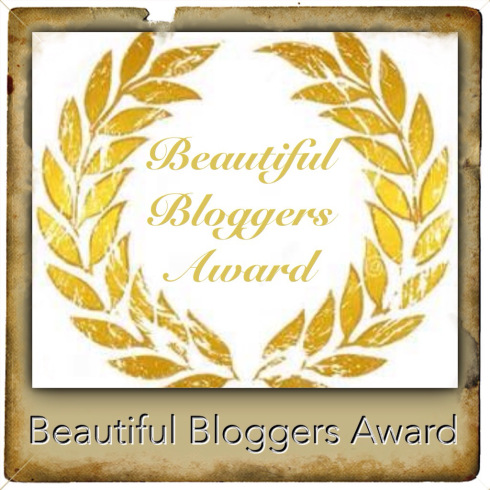 Incidentally, the badges for these awards have been tidied up (marvellously recreated would be a better term) by Oscar Alejandro Plascencia at In So Many Words.

As part of accepting, I must needs answer 10 questions and then pass the torch to other bloggers.

First, the ten questions I am to answer:

1. If you could own one painting, which one would you choose and why?

I’m “old fashioned” when it comes to selecting a painting. I like a painting I can go and live in. So my selected favorite would probably be something out of the American tradition, such as some sort of rural scene with lots of chickens and pigs and farmyard barns – sort of like this one by Kenneth Andler.

2. Which literary character would you most like to hang out with?

Heathcliff from “Wuthering Heights”, provided he didn’t go on and on forever mooching about Cathy.

3. Have you ever gone in costume for a fancy dress party? What did you go as?

I once went to a fancy dress party dressed as a tube of toothpaste. I won the overall prize and also got squeezed in a number of exciting ways.

4. What is your favorite thing that anyone has ever said about your blog?

“Why are these stories not published?”

5. Which sporting moment would you most like to have seen live?

I would like to have been there when the early Olympics were held in Ancient Greece. Apparently everyone competed in the nude, which might have proved entertaining.

6. What film do you hate that most people like?

“The Lord of the Rings” ones, followed closely by “The Hobbit” trilogy. All of these are beaten by every attempt to make a film out of “Wuthering Heights”. In general, I dislike films based on novels; it destroys the imagination.

7. What item in your room has most sentimental value?

My paternal grandfather’s ashtray. I don’t smoke but I keep in it seeds from various plants that I’m drying and will plant in the spring. At present I have pumpkin seeds in it. It’s an ashtray that advertises Buchanan’s “Black and White” Whiskey. My grandfather died in 1951. I do not remember him.

8. What did you want to be when you were a child?

I always wanted to be a marine biologist. We lived 60 miles from the sea, high in the mountains. I used to collect the “sea-shells” embedded in the rocks way up in the mountains. They were millions of years old, obviously, but I tried to identify them from pictures in books. When I was 5 or 6 I visited the beach for the first time and discovered where the rock-bound sea-shells started out.

9. Which famous landmark would you most like to live near to?

I would like to live near the Concord Bridge, Massachusetts. It’s where the Revolutionary War supposedly began in April 1775. It’s also near Walden Pond where Henry David Thoreau lived, as did Nathaniel Hawthorne and the Alcott Sisters. Also Charles Ives wrote “Concord Sonata” for piano, which captures the place in music. 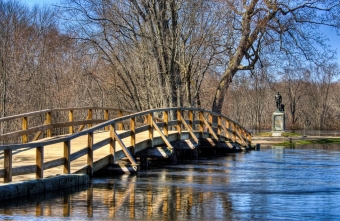 10. What one interest do you have that would surprise most of your blog readers?

I have a worm farm.

Secondly, the ten questions for nominees:

I realize that not everyone likes awards. May the nominees below feel free to dismiss their nomination with a “Humbug!”