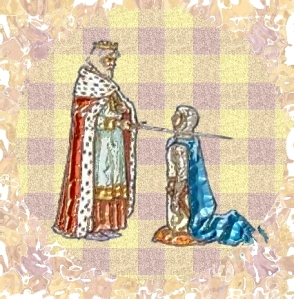 His task was to assassinate the tyrannical megalomaniac. It was going to be simple. He had been invited to the Palace to receive a knighthood. He would simply shake the King’s hand, and kneel. Then when the King dubbed him on each shoulder with the sword and said “Arise, Sir Darin”, he’d take out his gun and pull the trigger.

“Let me help,” said the tyrannical megalomaniac. He used the sword a second time, only this time it wasn’t to do a dub.

13 thoughts on “612. The tyrannical megalomaniac”